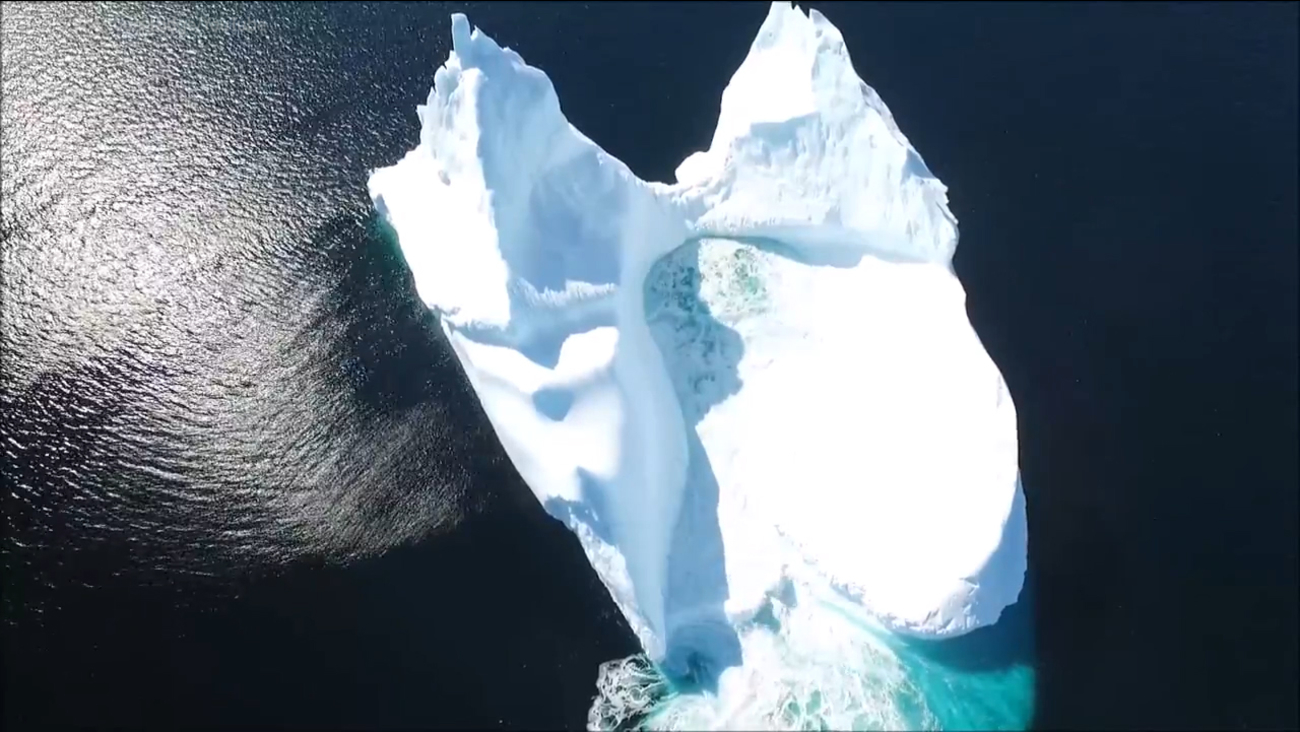 Massive icebergs off the coast of Canada were captured by drone footage. (Trinity Eco-tours Lodge/YouTube)

A drone captured footage of not one but three breathtaking icebergs off the coast of Canada.

The icebergs are so big that the tourist boat going by it appeared minuscule in comparison. Robert Bartlett, who runs Trinity Eco-tours and captured the breathtaking footage, explained how they likely got there.

"Icebergs typically break off of the glaciers of Greenland, float down the coast of Labrador to an area referred to as Iceberg Alley off the Newfoundland Coast," he said, adding of these particular icebergs, "They are so large that they have probably grounded, unable to move off in to deeper water to continue their journey south."

Bartlett adds that when these icebergs reach warmer waters coming from the continental United States they create enormous fog, which make the island of Newfoundland one of the foggiest places on the planet.
Related topics:
weatherdistractiondronestravelbuzzworthy
Copyright © 2021 KABC-TV. All Rights Reserved.
DISTRACTION