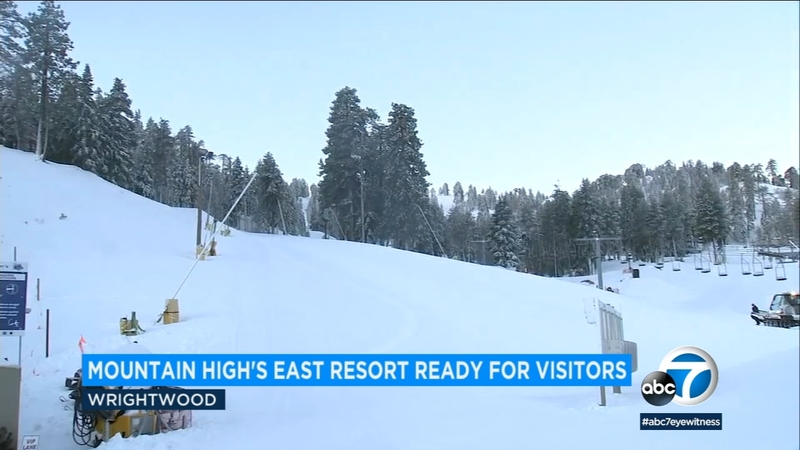 WRIGHTWOOD, Calif. -- Mountain High reported receiving the heaviest snow in a decade, which enabled them to open the East Resort for the first time in two years.

The East Resort, also known as "The Beast," opened Friday at 9 a.m.

Mountain High reps said this is the most snow they've seen in a decade. Recent storms dropped 2-3 feet of new snow, making for perfect conditions for skiers and snowboarders.

Both East and West resorts at Mountain High are 100 percent open as of Friday. Just want to go tubing or play in the snow? You can do so at the Yeti Snow Park, which is at the base of the East Resort.