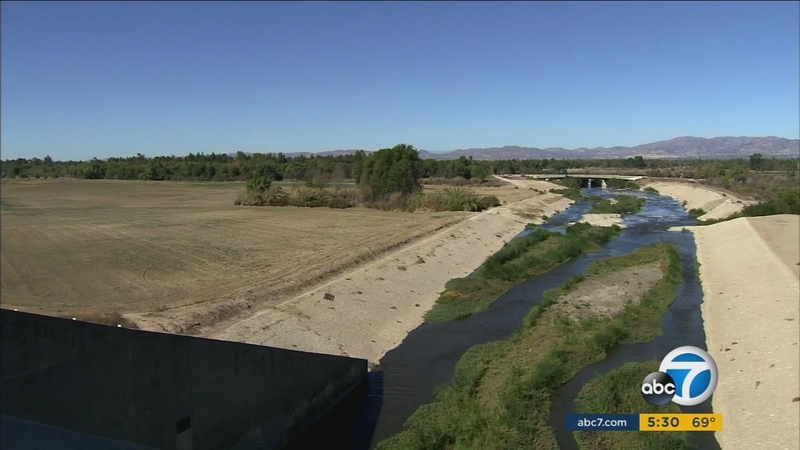 ENCINO, LOS ANGELES (KABC) -- A massive El Nino could spell big trouble in the Sepulveda Basin and surrounding areas, according to experts.

The Sepulveda Dam looks like a big empty field, but it is designed to save lives and property.

"This could all be underwater during a major event," said Brian Dela Barre of the Army Corps of Engineers. "As you can see, Burbank Boulevard upstream would be closed."

That's what happened in February of 1992: Burbank Boulevard flooded and drivers were caught by the rushing water. The street is inside the flood basin, and when the water rises too quickly, motorists can get trapped.

The dam is designed to collect runoff and hold it. As the water rises, gates go up to keep the water from flowing too quickly into the Los Angeles River.

The dam was built in 1942, and in more than 70 years, it has never spilled. Officials say if the water rises to the point the dam can't hold it all, the effects would be felt downstream.

Experts say if the worst occurs, the primary consequence centers are Sherman Oaks and Studio City, which would shut down the 405 and 101 freeways.

"That will take probably 19 officers to divert traffic to surface streets," said Leland Tang of the California Highway Patrol. "So, on the 101, we would divert traffic off at White Oak and Coldwater Canyon, and on the 405, it would be at Getty and at Victory."

Officials stress that the chance the storm would get that severe is small, but they are urging the public to be prepared.