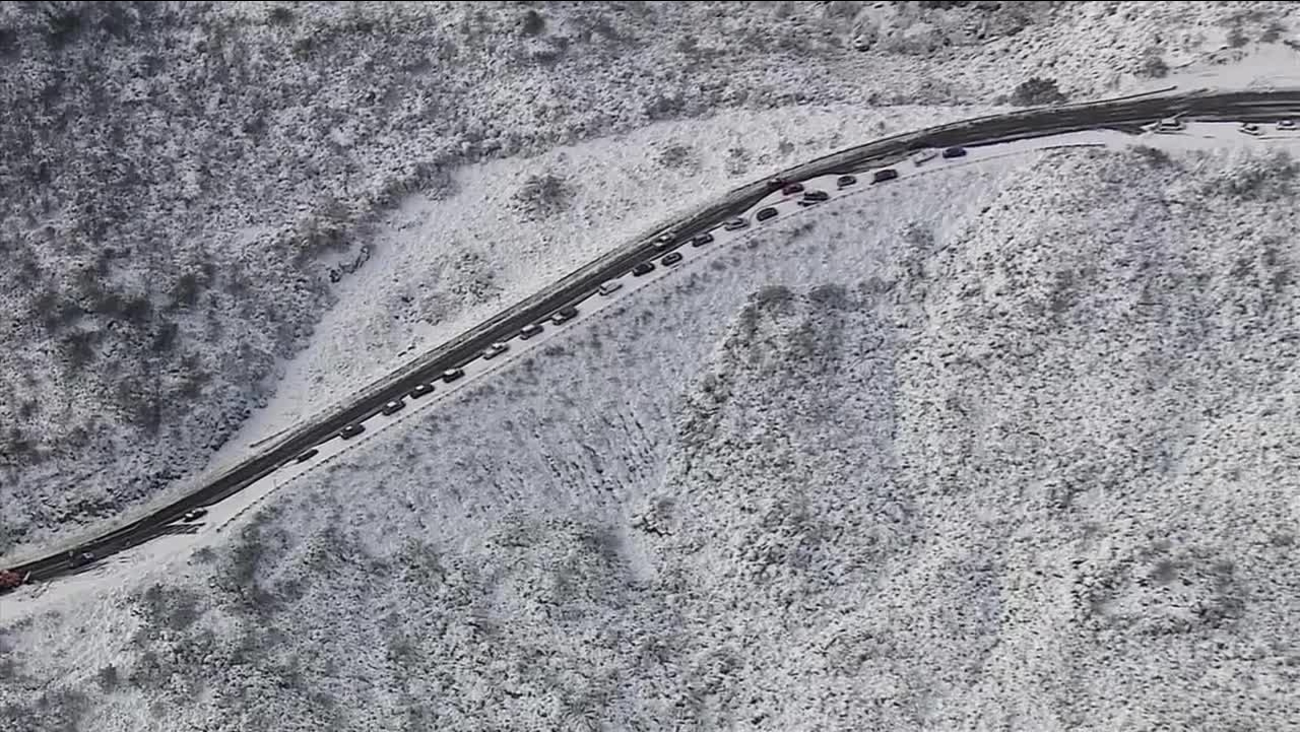 CRESTLINE, Calif. (KABC) -- Wintry weather moved into the Southland Tuesday night, bringing several inches of snow and prompting the rescue of nearly 200 drivers, as well as the closures of at least two highways.

San Bernardino County fire officials said crews had to use snowcats around 10:30 p.m. to rescue about 136 trapped drivers along Highway 138 at Old Mill Road near Crestline. Another 50 people were left stranded in similar conditions on Mount Baldy. Rescue operations were completed by 3 a.m. Wednesday.

The dangerous driving conditions also forced the closure of Ortega Highway between Riverside and Orange counties. It was unknown when the road would reopen, authorities said.

On State Route 330, drivers had to wait it out in the cold after hitting embankments and getting stuck in the fresh snow.

"I tried to come around the corner...I didn't have the chains, so I hit the brakes and I went and veered off toward the other side," said Paul Lewis of Hemet. 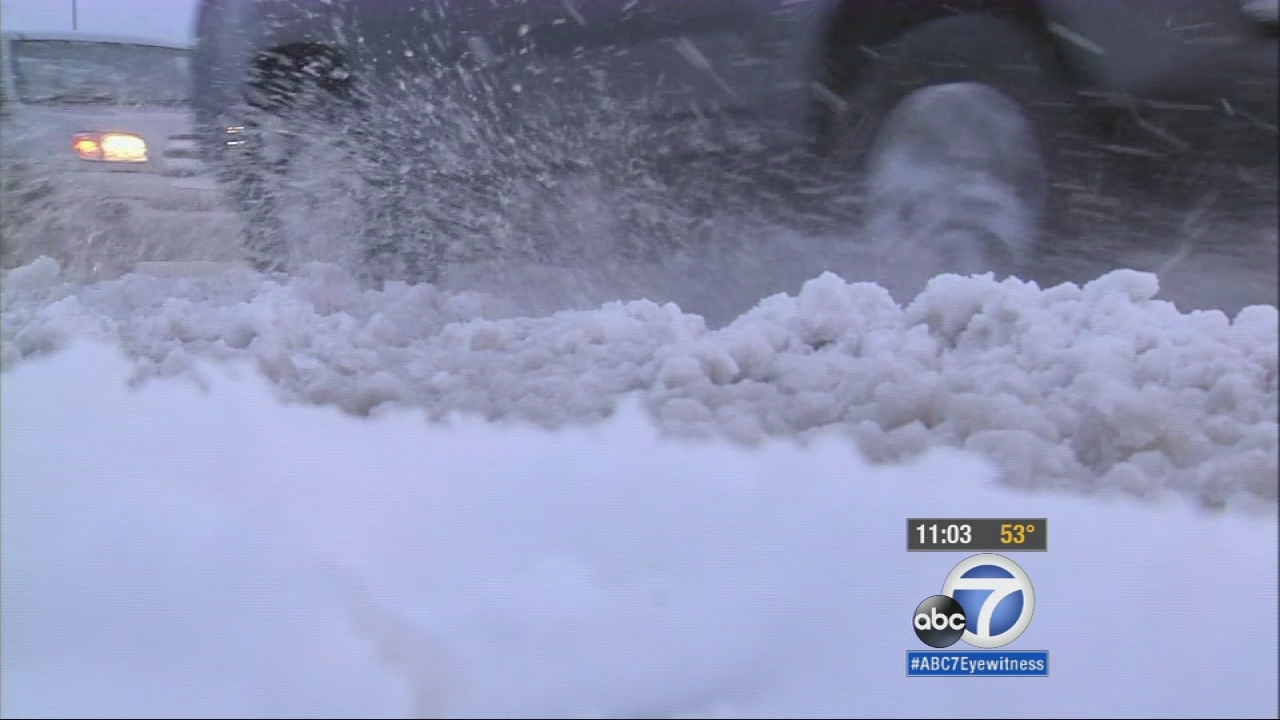 VIDEO: Snow covers part of Inland Empire
Several inches of snow covered the streets in the Inland Empire overnight and caused traffic along the 15 Freeway.
At one point, both sides of the 15 Freeway were closed because of the snow, but Caltrans said the lanes reopened just before 5 a.m. and drivers were escorted between Bundy Canyon and Clinton Keith roads.

Motorists traveling along the Grapevine on the 5 Freeway had to navigate through a steady snowfall and fog, but conditions didn't get bad enough to force a closure there. 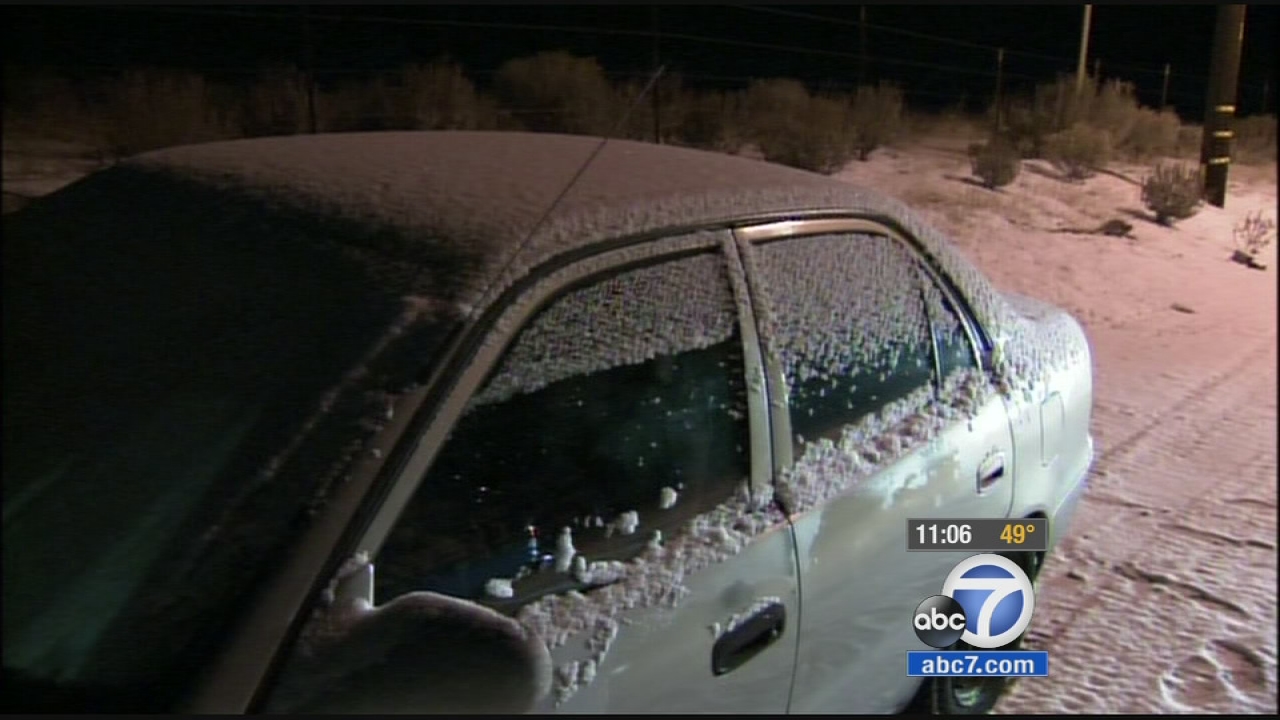 Caltrans has crews standing by to jump into action if roads close.

"If there is snow or ice on the roadway our crews along with their plows will go side-by-side in three, and they'll distribute sand, cinders and ice slicer, which is kind of like salt but not corrosive, to make the salt melt away," said Patrick Chandler with Caltrans.

Drivers heading up to the mountain resorts are advised to bring chains and prepare for road closures. 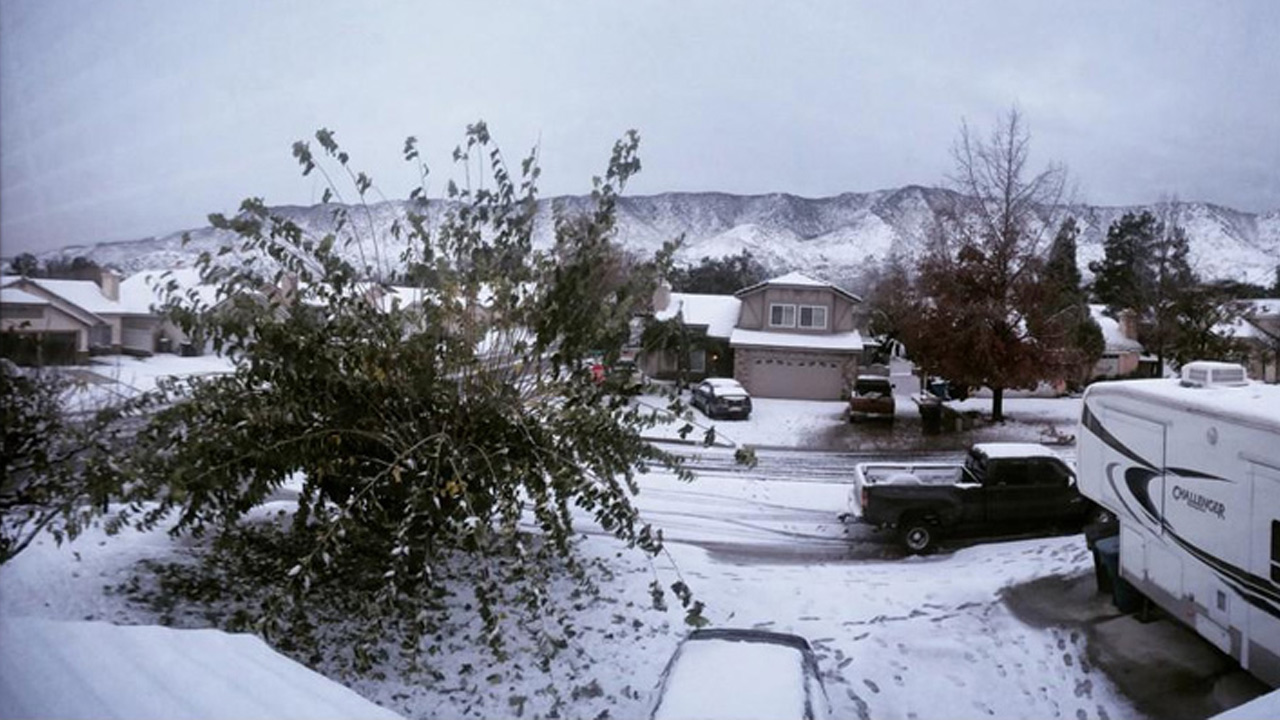 PHOTOS: Wintry weather takes over Southland
A storm leaves snow, winds and ice over much of the Southland Wednesday. See photos. 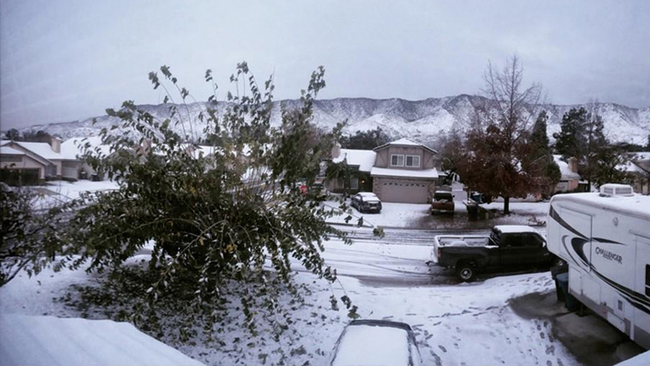