KABC
By Leanne Suter and ABC7.com staff
FONTANA, Calif. (KABC) -- Power outages were reported across Southern California on Saturday as strong Santa Ana winds ripped through our area. The winds reached speeds of up to 89 miles an hour, knocking out power in the San Fernando Valley and Inland Empire.

Officials said about a quarter mile of power lines were knocked down by the wind. Southern California Edison said 1,585 customers were without power in the area. Power was expected to be restored by Sunday morning.

A passerby told authorities there was a burn victim near the downed lines, but responding fire officials were not able to locate that person. No other injuries were reported. Authorities warned the public to stay inside their homes.

Los Angeles County was also hit by the strong winds with about 1,617 customers without power in the region. SoCal Edison said around 513 customers were impacted in West Hollywood.

In Orange County, about 804 customers were reportedly without power, including 493 in Mission Viejo.

SoCal Edison said the outages were scattered, and not all were confirmed to be wind-related. 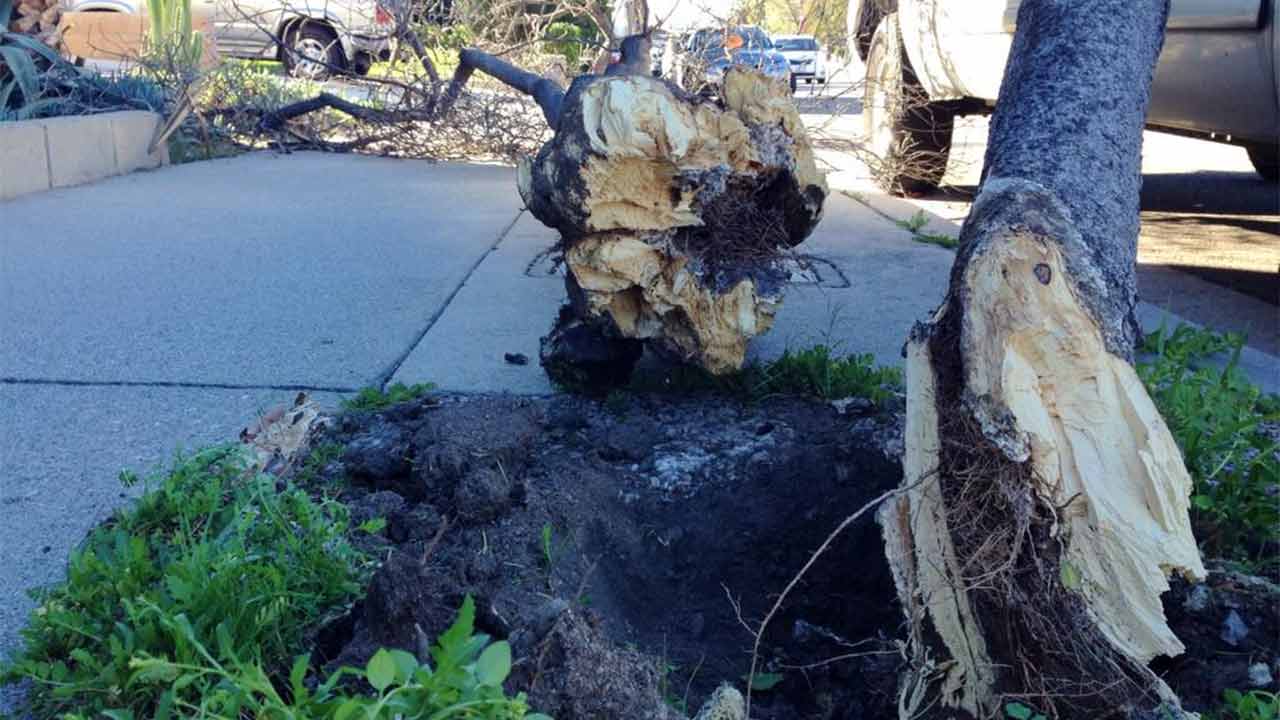 The Los Angeles Department of Water and Power said the wind knocked out power to approximately 23,200 customers in the San Fernando Valley area including Van Nuys, Valley Glen, Panorama City, Sun Valley, North Hollywood, Reseda, Winnetka and Studio City. Crews did not have an estimate for when power will be restored.

As of 8 p.m., about 9,000 DWP customers were still without power in the Valley area.

A billboard on Lankershim Boulevard was knocked down in North Hollywood. It fell on top of two cars parked outside a hardware store.

On Fulton Avenue, a giant tree fell on a home, leaving a big hole in the roof and some branches in the kitchen. The owners say their home had to be red-tagged.

"This morning, the wind was blowing like mad, more than I've ever seen it blowing. And I heard creaking and cracking and all of a sudden, a big huge pine tree came down and crashed through the house," said homeowner Dan Studebaker.

In Rancho Cucamonga, the wind blew a tree down and ruptured a main gas line in the 11300 block of Mountain View Drive. Fire officials secured the break, but not before 24 units from an apartment complex were evacuated. No injuries were reported.

Crews were working to remove the tree from the roadway. The affected streets were closed for approximately three hours. 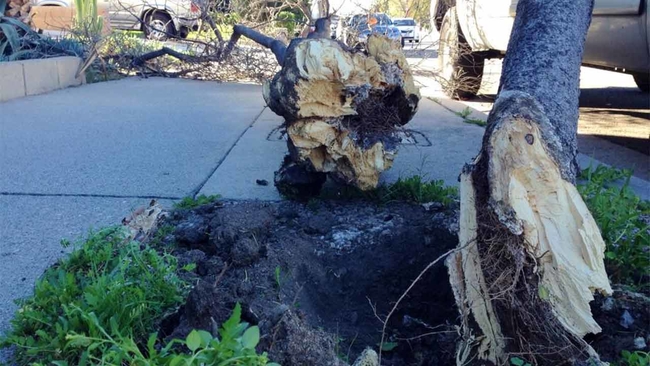