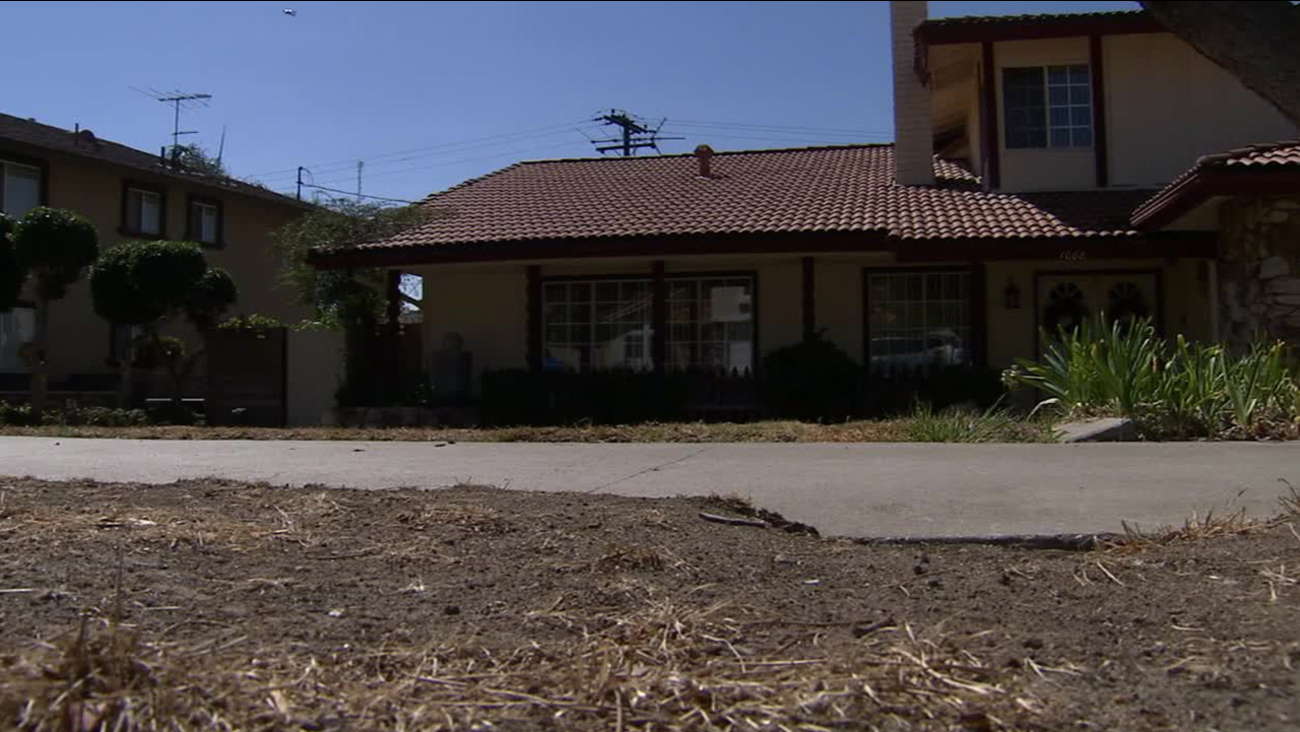 UPLAND, Calif. (KABC) -- Upland resident Fernand Bogman capped his sprinklers a year ago, letting the grass in his yard die as well as the tree in the parkway.

His neighbors and the city, however, disagree. So far, the city of Upland has charged Bogman $1,238 in fines. Bogman also faces a misdemeanor for failing to follow city code.

"People want to sometime sell their home and it's got to be kept up," Upland resident Ella Morrison said.

Code enforcement cited Bogman for failing to maintain his lawn and ordered him to take action. He didn't respond because he thinks the city should be more sensitive to saving water.

"There is a disconnect between city officials and the public," Bogman said.

Upland officials told him they're responding to the drought by restricting watering to three days a week and offering help to residents who want to put in drought-tolerant landscaping.

The issue is Bogman's lack of cooperation, a city official said.

"If a property owner is working with us and within a reasonable amount of time they're going to make a change, then we stop the process," said Jeff Zwack, Upland development services director.

Bogman said he plans to eventually xeriscape, but for now, he wants to make a statement with his brown yard.

"I hope that the public will see that food on the table is more important than a green lawn," Bogman said.

He won't pay his fines for now either - at least until he returns to court for a hearing on Oct. 7.