Areli Hernandez says she got out of her home just in time before the fire destroyed it.

"It started over there in the field, and then when I turned around the fire department was yelling at me to run because it was coming, and it was. All the house is burning," Hernandez said.

As flames ripped through Hernandez's home, firefighters did everything they could to prevent the fire from spreading even more.

The fire was fully contained at about 4:30 p.m. One firefighter and one civilian were treated for minor injuries.

The American Red Cross was called in to assist one displaced family. The Department of Animal Services and on-scene firefighters rescued several cats, dogs and a bunny and were in the process of reuniting the pets with their owners at Pedley Elementary School.

Another brush fire erupted in Riverside earlier in the day in the Santa Ana River bottom near Market Street and the 60 Freeway. Crews made quick work of that blaze, knocking it down after it charred just 60 square feet of heavy brush. 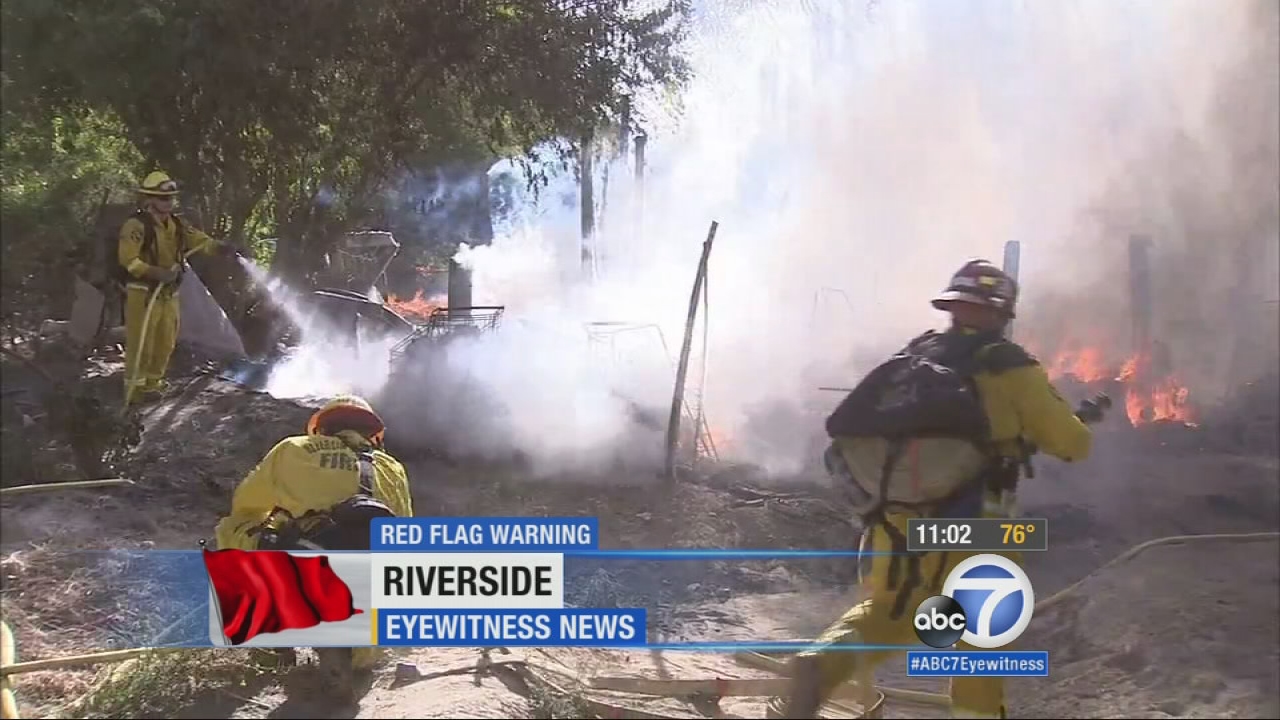 "Between ourselves, Forest Service and county fire, we had an aggressive response today and were able to contain these small fires and keep them small," said Cal Fire Battalion Chief Mike Sweeney.

Wind advisories for the Inland Empire expired by 2 p.m., and red-flag warnings across most of SoCal are expected to come down by around 8 p.m.