Video shot by WDRB meteorologist Marc Weinberg showed the building as it began to buckle under the high winds. It also appeared that storm surge had moved inland past the first row of buildings on the coast.

That new construction didn’t collapse, it got thrown on top of my family’s home next door to it. We are all safe in Alabama but absolutely heartbroken to see this.

On Twitter, Sarah Fenn said her family owned the home the building had collapsed onto. Fenn said she and her family were in Alabama when the storm hit and were all safe.

Hurricane Michael made landfall Wednesday as a Category 4 storm, the strongest to hit the United States since Hurricane Camille in 1969. Michael whipped the coast with 155 mph winds and deadly storm surge. Hurricane-force winds extended outward up to 45 miles from the storm's center.

In Mexico Beach, Fla., one resident said all that remained from one nearby home was a sea of debris floating in the floodwaters. 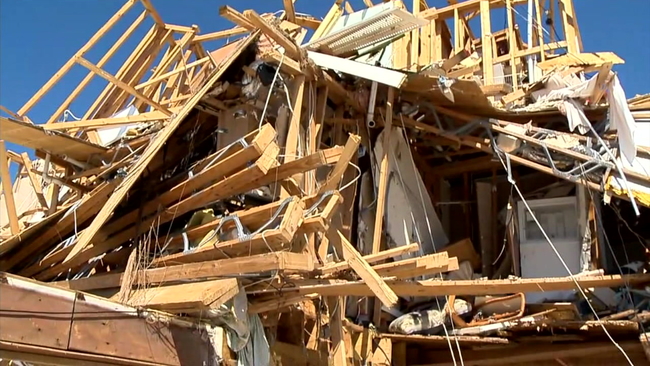