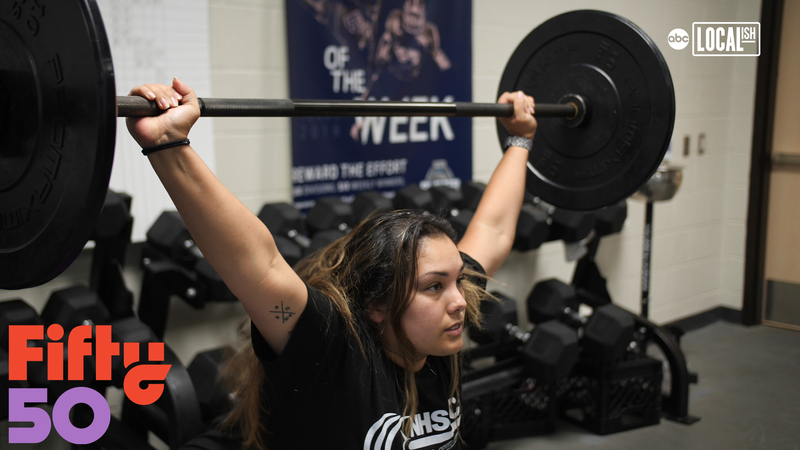 HOUSTON, Texas -- ABC Owned Television Stations and ABC's Localish present 50 inspiring stories from around the country for Fifty/50, as part of The Walt Disney Company's monumental initiative highlighting the 50th anniversary of the passing of Title IX, the federal civil rights law that prohibits sex-based discrimination in any educational institution that receives federal funding, and gave women the equal opportunity to play. This story was originally published in October 2021.

Sharpstown High School's Aislinn Garza is believed to be the only female head strength and conditioning coach in the Houston area.

But that wasn't always in the plans.

She always liked spending time in the weight room, but only considered strength and conditioning as a career path when she got her master's in exercise physiology from Louisiana State University.

Garza came to Sharpstown High School to coach the schools dance team, but added strength and conditioning to her list of duties when the school's football coach found out about Garza's certification in the field, as well as her experience with Olympic-style weightlifting.