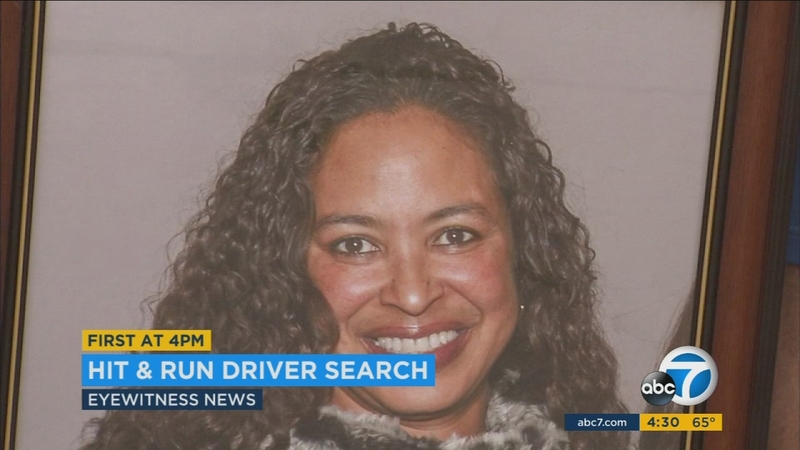 WEST ADAMS, LOS ANGELES (KABC) -- It was an agonizing time for relatives of a slain 50-year old woman on Tuesday, as they urged her hit-and-run driver to come forward.

Family members of Iris Davis described the mother of four as "the glue that held everyone together."

"She was the center of that whole family, and she's gone and we need someone to come out and say what happened," said cousin-in-law Michael Fouther.

The victim was with a cousin around 1:30 a.m. on Adams Boulevard in Jefferson Park on Saturday. The two were crossing the street near Vineyard Avenue when Iris Davis was hit.

"My wife got in between two cars and Iris didn't make it," said the victim's husband, Anthony Davis.

The driver did not stop, and now, Iris Davis' loved ones were all pleading with the public for help.

"Whoever you are, stop being a coward and come forward," said the victim's mother, Vivian Gibson. "We need closure."

Iris Davis was remembered as a loving mother who also helped raise many other children in the family.

Her husband said she was the love of his life.

"Iris was the glue that held this family together, and now she's gone," said cousin Tracye Isaac. "We have to maintain some kind of hold on each other for the holidays and know that she's with us in spirit."