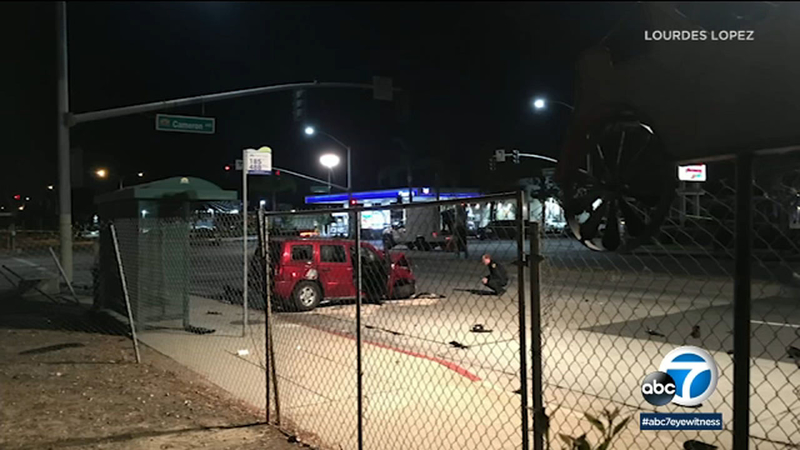 WEST COVINA, Calif. (KABC) -- A 13-year-old boy is fighting for his life after a carjacking suspect crashed into a vehicle in West Covina Saturday, killing the boy's mother and stepfather.

The crash happened in the early morning hours near the intersection of Glendora and Cameron avenues, according to the West Covina Police Department.

Family and friends gathered at the scene Saturday to remember the victims, who they identified as Eddie and Gracie Contreras.

"Now we're just praying and trying to support our little nephew that's fighting for his life," said Octavio Medino, the brother of Gracie.

The chain of events that led up to the fatal incident started around 1 a.m. when West Covina police learned about a carjacking that took place in nearby Baldwin Park. Police located the vehicle shortly after, but a chase ensued when the driver failed to pull over, police said.

The suspect vehicle, a Jeep Patriot, was traveling down Glendora Avenue, crossing Cameron Avenue, when it collided with a car occupied by the boy and his parents.

Police said the two victims were ejected during the crash and were pronounced dead at the scene. The boy was transported to the hospital in reportedly critical condition.