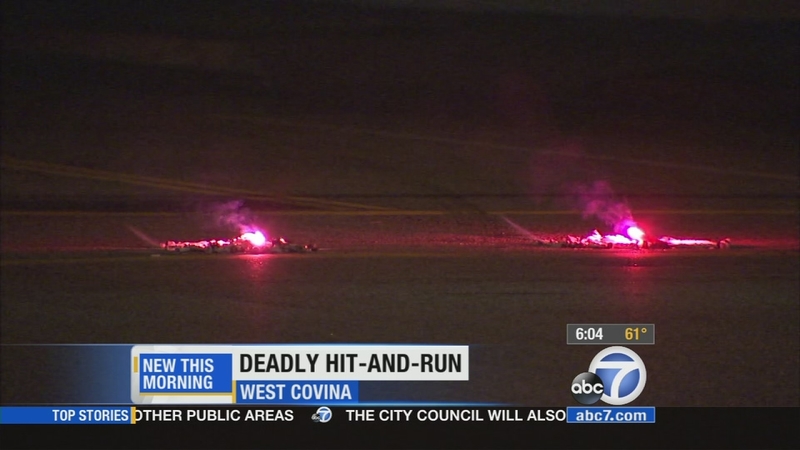 The incident occurred near the intersection of S. Valinda and E. Merced avenues just before midnight, police said.

A police officer who was parked at a nearby school writing a report heard the collision, looked up and saw a white vehicle racing away from the area.

"The officer followed the vehicle [and] was able to do a traffic stop a few blocks away. Upon seeing the vehicle had substantial damage, [the officer] went back to the area and located a body in the middle of the street," West Covina police Officer Eddie Flores said.

The victim, 44-year-old Jose Ruiz-Villanueva, of La Puente, was pronounced dead at the scene.

The hit-and-run driver, identified as 25-year-old Glendora resident Presley Danielle Rodriguez, was booked for driving under the influence and will likely face vehicular manslaughter charges as well. She is being held in lieu of $100,000 bail and is scheduled to appear at West Covina Superior Court on Thursday.