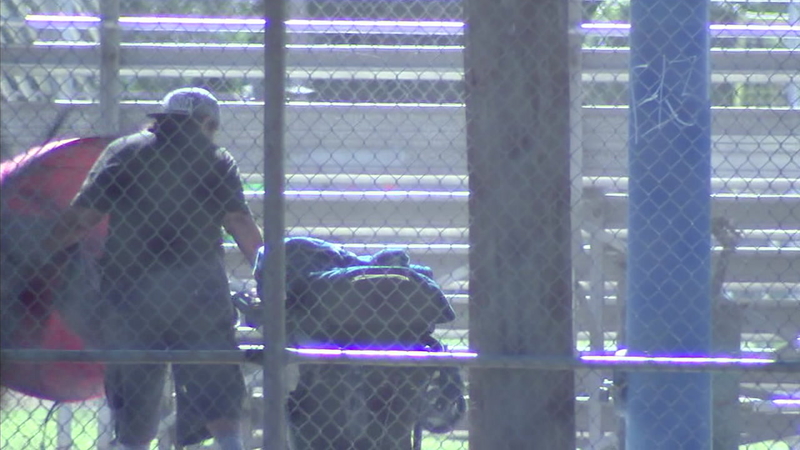 WEST COVINA, Calif. (KABC) -- The West Covina National Little League in West Covina has decided to stop playing at their own ball field at Del Norte Park. Players and their parents say homeless people have taken over the area, and they're worried.

According to league president Adam Holmes, the homeless situation at their field has made it unsafe to play there.

"Indecent exposures going on...we're cleaning up urine. Feces is something we've always been dealing with," he said. "So, it's something that I've personally said, 'I don't want the kids in any harm,' so I feel that at this point, we have to move them or at least wait until we figure out what's going on here."

The kids, along with their parents, voiced their concerns and frustrations at Tuesday night's West Covina City Council meeting.

'The homeless are smoking their drugs around the benches," one young player said.

"I'm upset because they can't be doing that, it's not their property," added a teammate.

The West Covina Police Department police chief said his officers have been called out to the park at least 50 times this year for things such as drug use and drinking among the homeless.

The chief reminded everyone at the meeting that's it's not illegal to be homeless. They can only arrest and remove them if they commit a crime.

For now, the little leaguers are using adjacent fields to practice and play, but what they really want is their field back.

"It isn't safe, really," said Jerome Sanchez, who said he's lived in the neighborhood for 30 years. "...The kids need to play, too. And the homeless - where are they going to go to?"