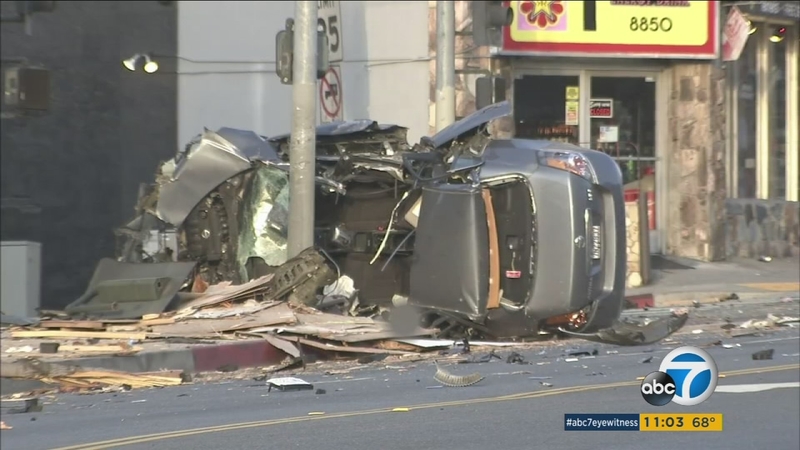 The crash was reported near Sunset Boulevard and Larrabee Street around 4:20 a.m.

The driver, the sole occupant of the Nissan, was pronounced dead at the scene. The victim's name was not released pending notification of next of kin.