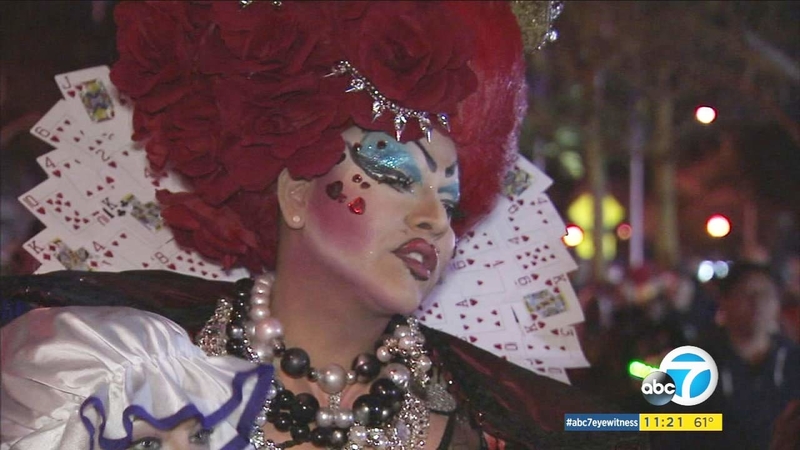 WEST HOLLYWOOD, Calif. (KABC) -- Some major streets in West Hollywood are shut down for this year's Halloween Carnaval.

This map shows some major road closures in West Hollywood for the 2016 Halloween Carnaval.

All roads are expected to reopen by 7 a.m. Tuesday.


As many as half a million people are expected for the annual Halloween bash, billed as the biggest Halloween party in the world.

This year's theme is disco, and actor-singer Darren Criss, best known for his role in "Glee," will serve as "Carnaval King."

Although there were no specific threats for Monday night's event, considering what happened in Orlando, what's happened abroad, the scare at the Pride event, law enforcement and the city are taking every precaution when it comes to security.

The city will suspend permit parking restrictions from 11 a.m. Monday until noon Tuesday, but city officials warned residents to ensure they are parking in West Hollywood, since neighboring Los Angeles and Beverly Hills will continue to enforce all parking restrictions.

Public parking lots will be available, and a list of locations and prices is also available here: http://www.weho.org/visitors/events-in-the-city/halloween-carnaval/parking-information.

City officials encouraged residents to carpool or use public transit.