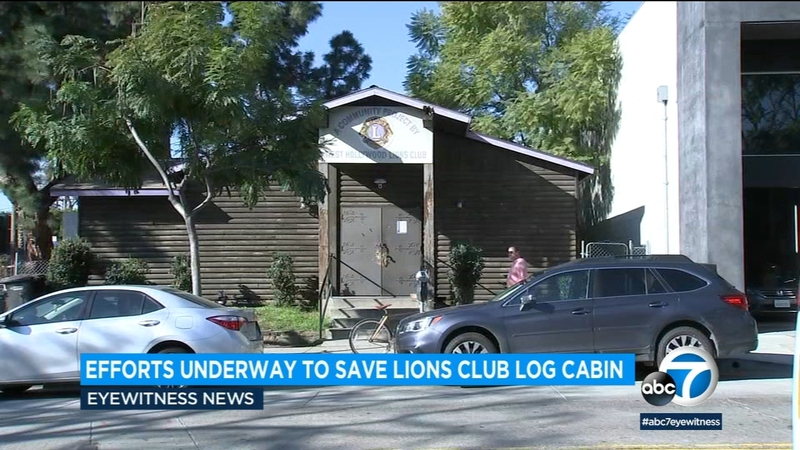 WEST HOLLYWOOD (KABC) -- A fierce fight is underway to save a decades-old West Hollywood landmark.

Supporters of the Lions Club Log Cabin on Robertson Boulevard have set up a petition to save it on change.org, which reached the halfway mark for its goal of 5,000 signatures by Monday.

The pushback came after the City of Beverly Hills, which owns the lot the cabin is on, announced plans to demolish it.

Supporters say the building - built back in the 1920s by the Boy Scouts - should be deemed a historic site.