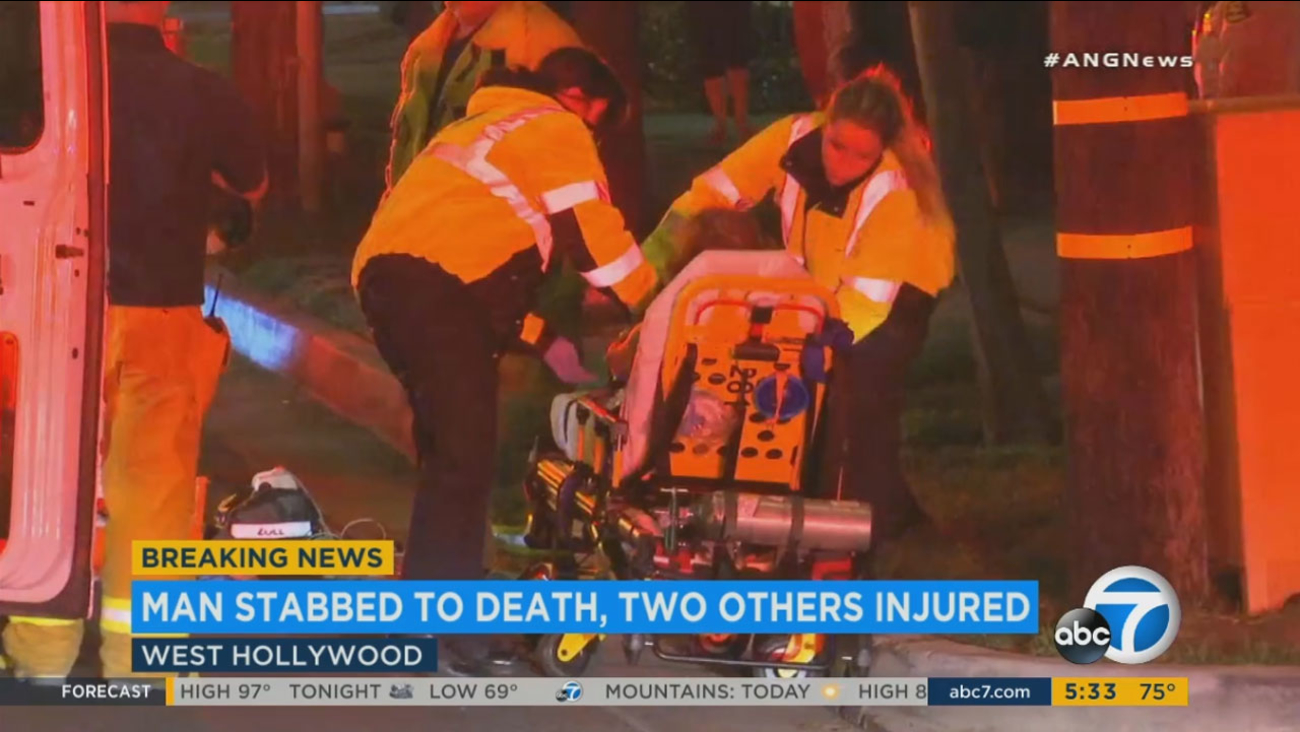 A person is treated following a fatal stabbing in West Hollywood that left one man dead and two others injured on Sunday, July 8, 2018.

WEST HOLLYWOOD, Calif. (KABC) -- A West Hollywood man faces 45 years to life in prison if convicted of stabbing his own father to death and wounding another family member, prosecutors said.

Jose Emanuel Raselbach, 34, was arrested on July 8 after authorities say he attacked his father, mother and sister with a knife.

His father, Abraham Raselbach, 66, was pronounced dead at the scene.

At the time of the attack, sheriff's deputies said the suspect's mother suffered superficial wounds while his sister was more seriously wounded and hospitalized.

A statement from the Los Angeles County District Attorney's Office said Raselbach was being charged with one count of murder, one count of attempted murder and a count of assault with a deadly weapon. The statement references charges in relation to only one other victim besides his father.

The DA's office says Raselbach has a prior conviction for assault with a deadly weapon in 2011.

He now faces a possible sentence of 45 years to life in prison if convicted on all counts.