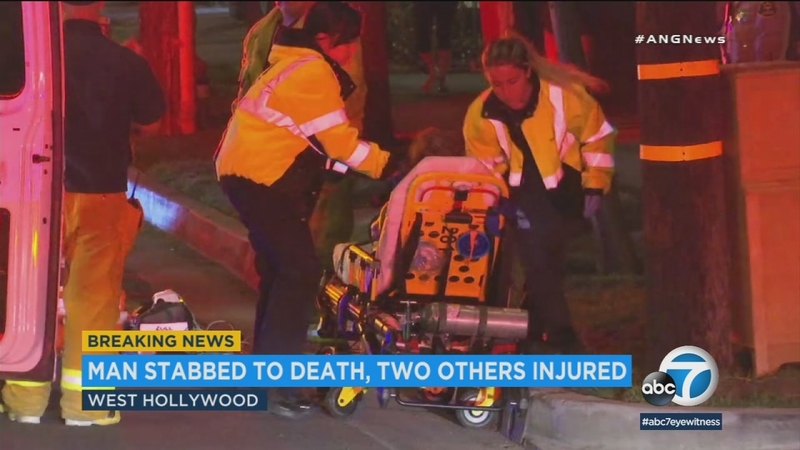 WEST HOLLYWOOD, Calif. (KABC) -- A man allegedly stabbed his own father to death in West Hollywood and wounded his mother and sister, investigators say.

Los Angeles County Sheriff's Department deputies responded to a call of a man with a knife in the 8700 block of Shoreman Drive about 10:30 p.m. Sunday.

One man was found dead at the scene from stab wounds.

Two women also suffered stab wounds and were transported to a nearby hospital. One woman, identified as the suspect's mother, was treated and released for superficial wounds. The other victim, a woman in her 30s believed to be the suspect's sister, was described as being in serious condition.

A suspect identified as Jose Emanuel Raselbach, 34, was arrested and booked for murder and is being held on $2 million bail.

Sheriff's deputies say the man who died was the suspect's father.

A knife was recovered at the scene.