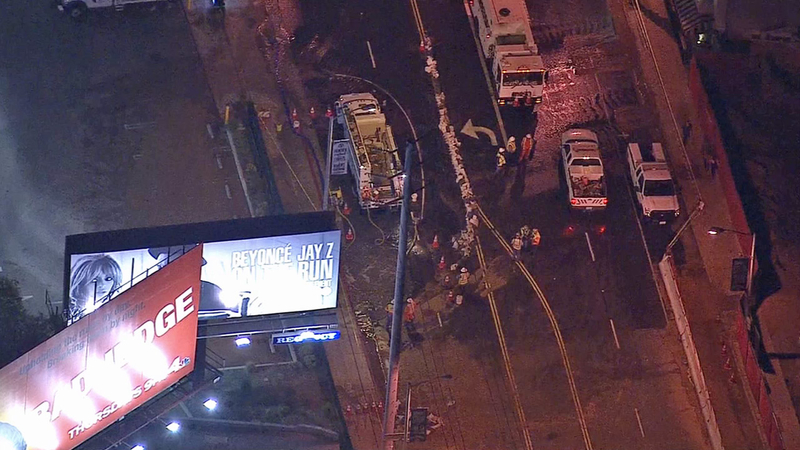 The broken water main near Olive Drive prompted lane closures and backed up traffic for miles during rush hour.

The water had been shut off earlier in the evening, until it was discovered some of the surrounding valves were nearly as old as the 36-inch pipe that burst. The pipe was installed in 1916, the DWP said.

The broken water main began spewing water on Sunset around 2:20 p.m. Friday. At its peak, the broken main was spewing 9,600 gallons of water per minute, according to the Los Angeles Department of Water and Power.

LADWP crews were at the scene to fix the leak, and personnel from L.A. County and city fire departments were working to divert the water overflow. 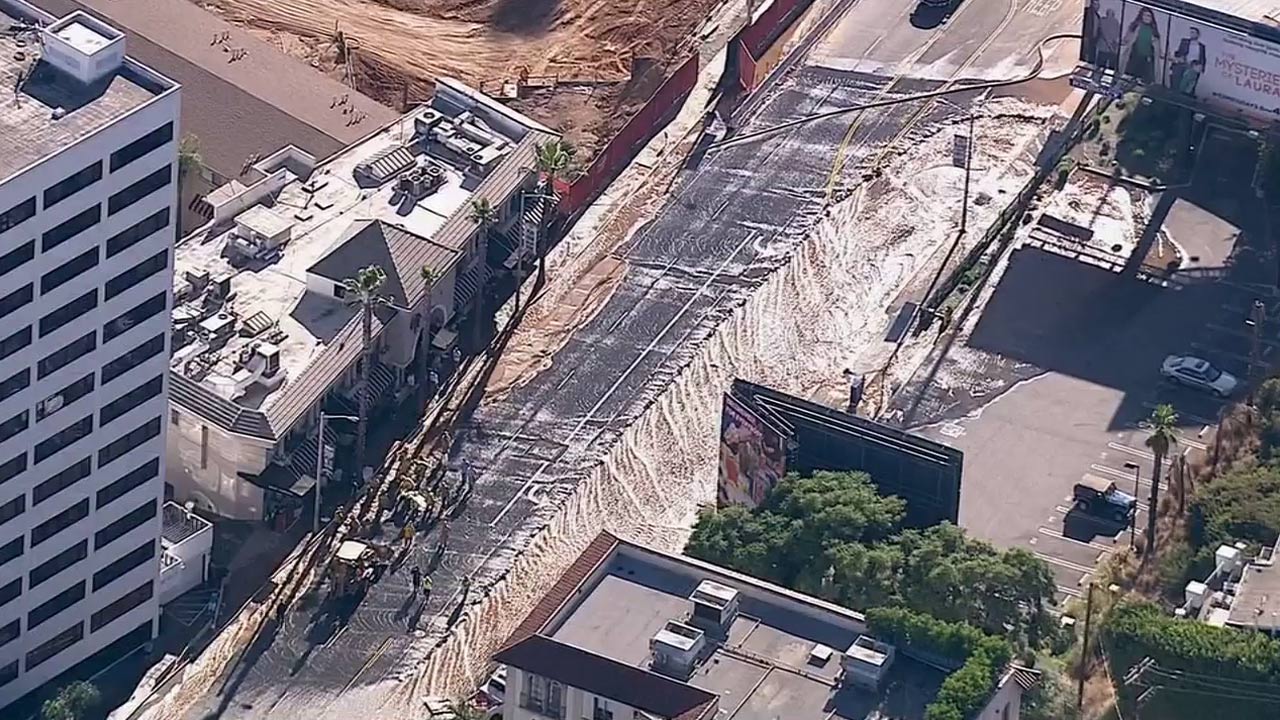 "The shutdown operation of the pipeline is complex and is estimated to involve approximately 15 valves that have to be hand-turned in a coordinated manner to isolate the pipe, minimize loss of service to our customers, protect the pipes in the area from further rupture and to protect water quality for residents in the area," the DWP said in a statement.

Water was streaming from Sunset down Olive Drive to Santa Monica Boulevard.

Businesses along Sunset Boulevard were placing sandbags to block the flowing water. The House of Blues club at Sunset and Olive announced it was closing and the Through the Roots concert was canceled due to access issues. All purchased tickets will be refunded. Concertgoers can call HOB Sunset Strip at (323) 848-5100 with any questions.