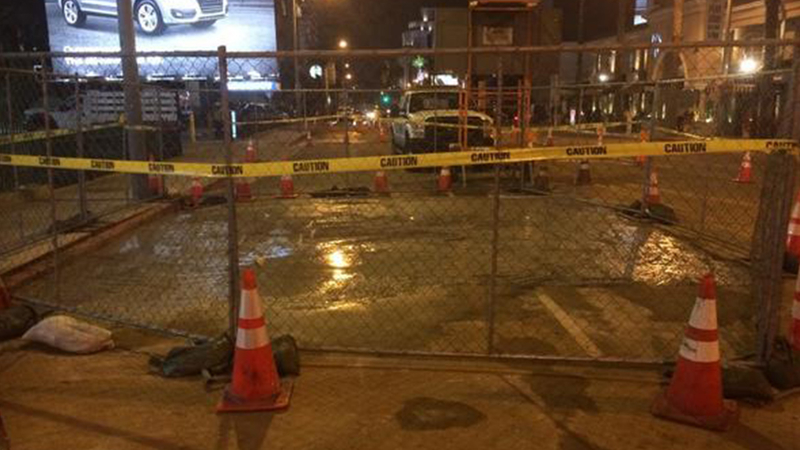 WEST HOLLYWOOD, Calif. (KABC) -- Repairs for a burst 36-inch water main were completed Saturday night, but at least one lane of Sunset Boulevard between Olive Drive and La Cienega Boulevard was expected to be closed until Tuesday night.

By 10:30 p.m., two eastbound lanes and one westbound lane on Sunset Boulevard had reopened.

The broken water main, which ruptured Friday, prompted lane closures and backed up traffic for miles during rush hour. Approximately 100 gallons of water were leaking per minute Saturday morning, according to the LADWP.

It spewed about 9,600 gallons of water per minute at the height of the water flow around 2:20 p.m. Friday, DWP spokeswoman Kim Hughes said.

City officials say the water main was installed in 1916 and lined with concrete in 1957 "to protect (it) from corrosion and extend its life," according to the DWP.

Pipe repairs were completed at 2 p.m. Saturday. Crews were set to work on backfilling and street repairs next, DWP said.