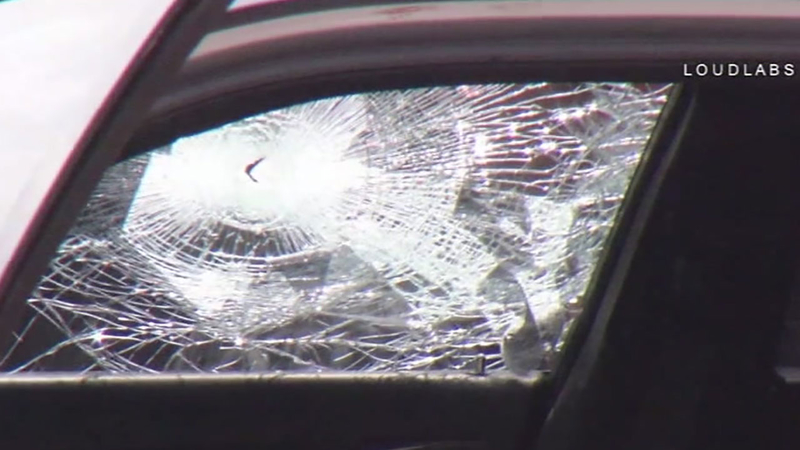 The incident occurred on the intersection of La Cienega Blvd. and Venice Blvd. at about noon near a strip mall.

Los Angeles police said the shooting happened when the two male suspects travelling in a silver sedan tried to rob the victims in their car and used a shotgun, with the gunman firing two rounds.

The driver and the passenger were both wounded.

What appeared to be bullet holes were seen on the windows of the victim's vehicle, and the car's front was also damaged.

The victims were being treated at a hospital; police said they may have walked themselves to the hospital. Their condition was not immediately known.

The two suspects were last seen on Venice Blvd. in their vehicle heading westbound.