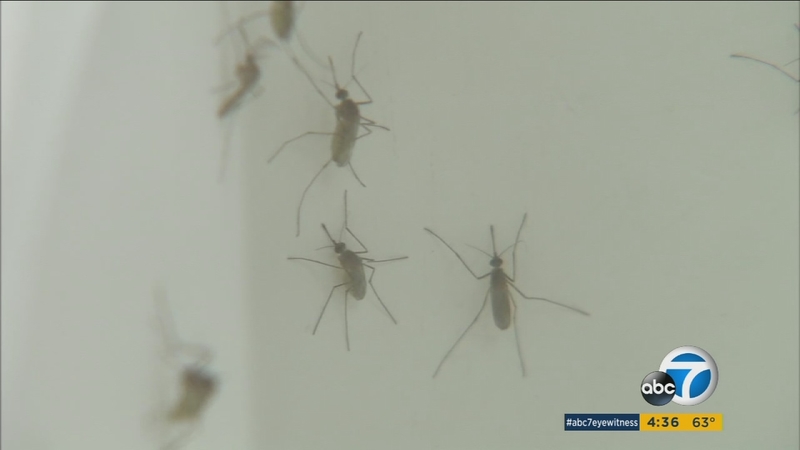 A meeting was held in Laguna Woods to talk about mosquitoes. A proposal to aerial spray them to fight the West Nile virus was met with controversy.

In 2014 and 2015, health officials say Orange County had more West Nile virus cases than anywhere else in California.

This year, so far, there are no reported cases of West Nile in Orange County, but the district is holding several town hall meetings for feedback on aerial spraying.

"Someone has to draw the line and say we're going to be different. We're not going to do it," said Stefanie Fetzer of San Clemente during the meeting.

Officials say Duet, which is sprayed at night, targets insects while they're flying and won't harm butterflies or birds.

"It's really thought to have no impact on public health," Calvet said.

Others would Iike to see more education, reminding homeowners to remove standing water to control mosquitoes in the first place.