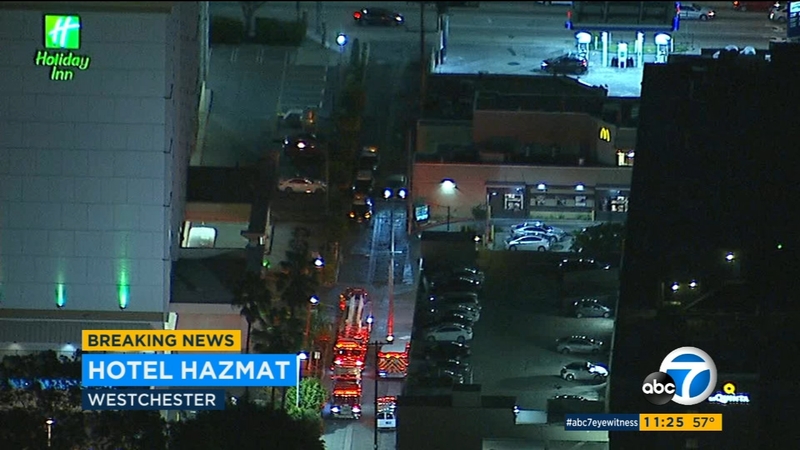 Authorities responded to the 9900 block of South La Cienega Boulevard at about 11:19 p.m. to a Holiday Inn hotel.

A 911 caller reported the incident to authorities as a suicide, according to a Los Angeles Fire Department alert, but the cause of death has not been confirmed.

"9-1-1 caller reported a person died by suicide and left note stating chemicals on body. LAFD HazMat responded and after a thorough investigation, determined no hazard present," the alert said.

The LAFD responded to investigate possible hazardous materials, but determined no hazard was present after the 911 caller said a note had been left saying there were chemicals on the body.