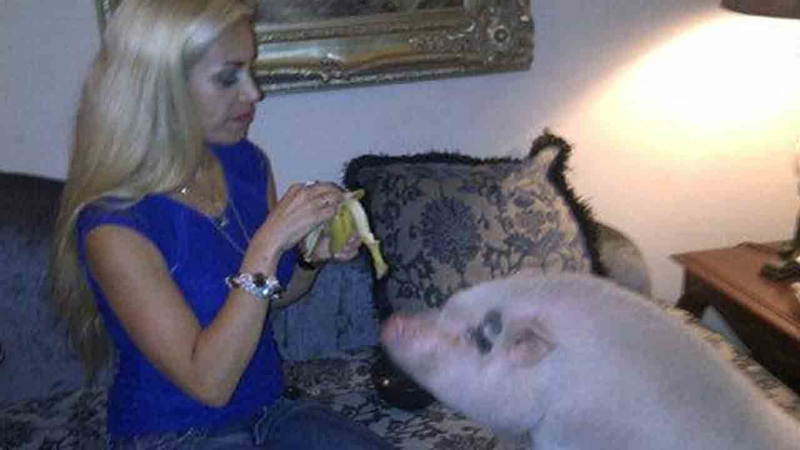 Marcela Iglesias and her husband, Steve, bought Chuy from a breeder. He's lived in their Westlake Village home since he was just a couple of weeks old. But recently a county official told Marcela she had 30 days to get rid of Chuy.

"There's no way I'm gonna get rid of Chuy or put Chuy in a shelter because he's like my son, he's my baby," Marcella said.

Chuy has his own Facebook page and has become a neighborhood celebrity. Marcela says he's very clean, house-trained and not aggressive.

The animal control officer told the couple Chuy had to go because a city ordinance classifies miniature pigs as livestock.

Marcella appealed to the Westlake Village City Council and got some encouraging news.

"They already called animal control to put a stop on the situation until we come to a resolution and maybe we can be able to review the codes and change the livestock to domestic pets," Marcela said.