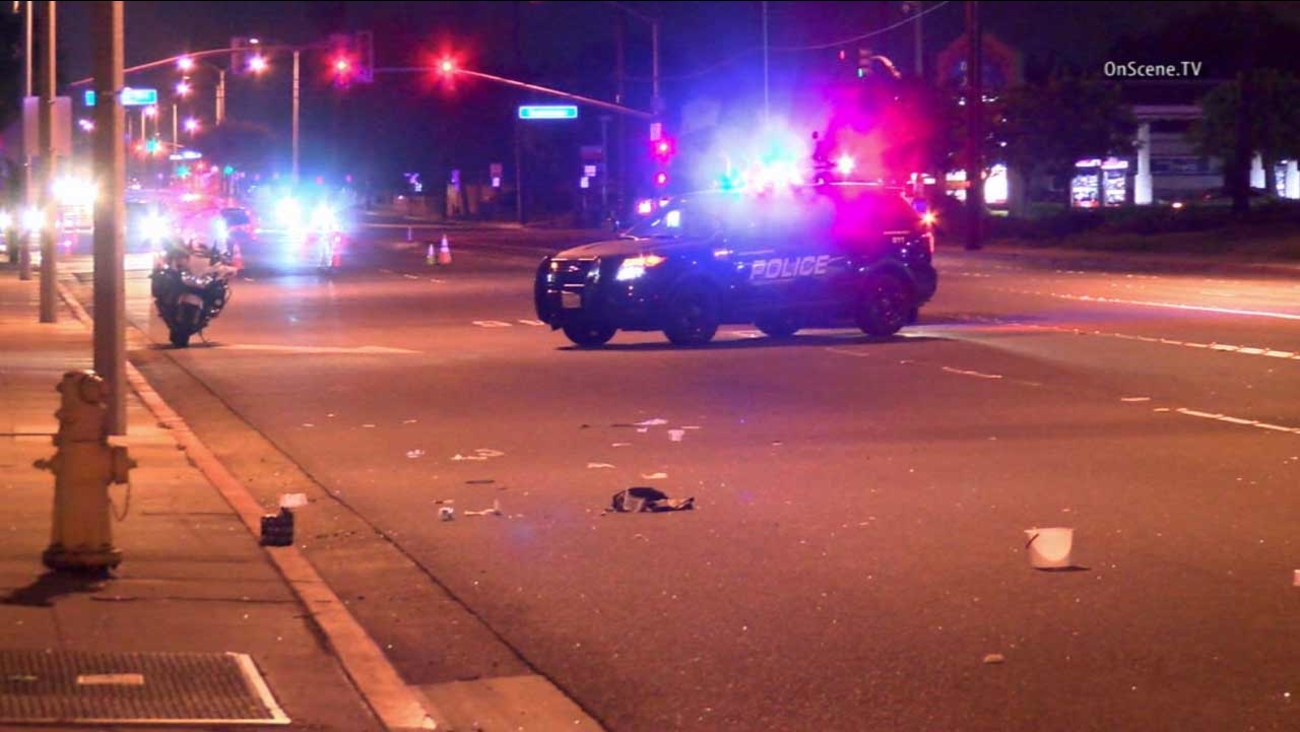 WESTMINSTER, Calif. (KABC) -- Westminster police are searching for a hit-and-run driver who fatally struck a woman in an unlit crosswalk Thursday night.

The victim was found dead near Magnolia Street and Westminster Boulevard just before 11 p.m., police said.

Witnesses reported seeing two cars racing just before the woman was hit. Police found an empty vehicle nearby that they believe was involved in the incident but the suspects fled the scene.

Magnolia Street was closed between Westminster Boulevard and Oasis Avenue for about three to four hours Thursday morning as police investigated.

Anyone with information was asked to contact the Westminster Police Department at (714) 548-3833.