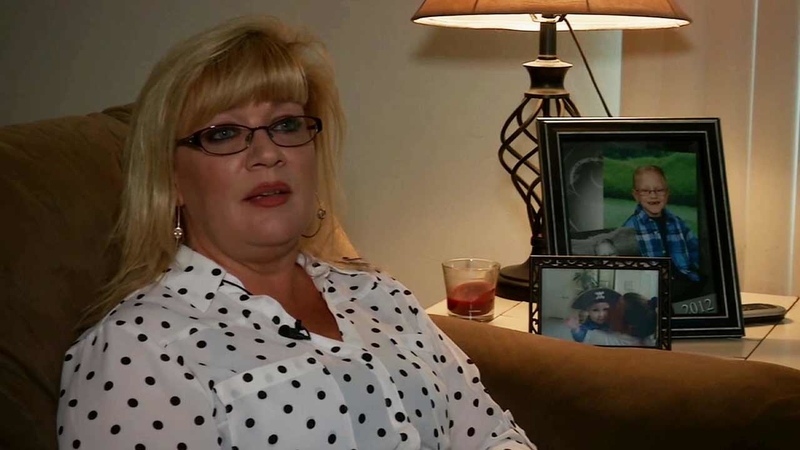 WESTMINSTER, Calif. (KABC) -- A local mother reached out to Eyewitness News Tuesday in hopes of pleading with the thief who broke into her car and stole an external hard drive which contained priceless memories of her son who died of cancer in 2012.

As Carrie Hoover walked to her car in the parking lot of the Hollybrook Apartment Homes off of Westminster Boulevard and Edwards Street Tuesday morning, she found her driver's side door and trunk wide open.

"There was glass everywhere and somebody had completely shattered out my driver's side window," she said.

The thief stole her computer bag from the trunk, which held a silver Dell laptop, two tablets and an external hard drive. She filed a police report and posted her story on our Facebook page using the #ABC7Eyewitness.

Hoover says she doesn't care about the actual items, just what's on the cobalt blue external hard drive: hundreds of hours of video of her only son, John Douglas Hoover II.

Doctors never thought John would leave the hospital because he was born at 24 weeks. He fought and survived, and his mother captured every step on video.

"I have some things of him, but that's like his whole life, everything," she said.

On May 20, 2012, John died from a rare type of liver cancer just a month before his 7th birthday. The videos were all that Hoover had left.

Hoover had a message for whoever broke into her car: "Please bring my son back to me.

"I know it's just an external drive to you, but to me it's my whole world, it's my son's whole life," she said.

Anyone with information on this crime was asked to call the Westminster Police Department at (714) 898-3315.