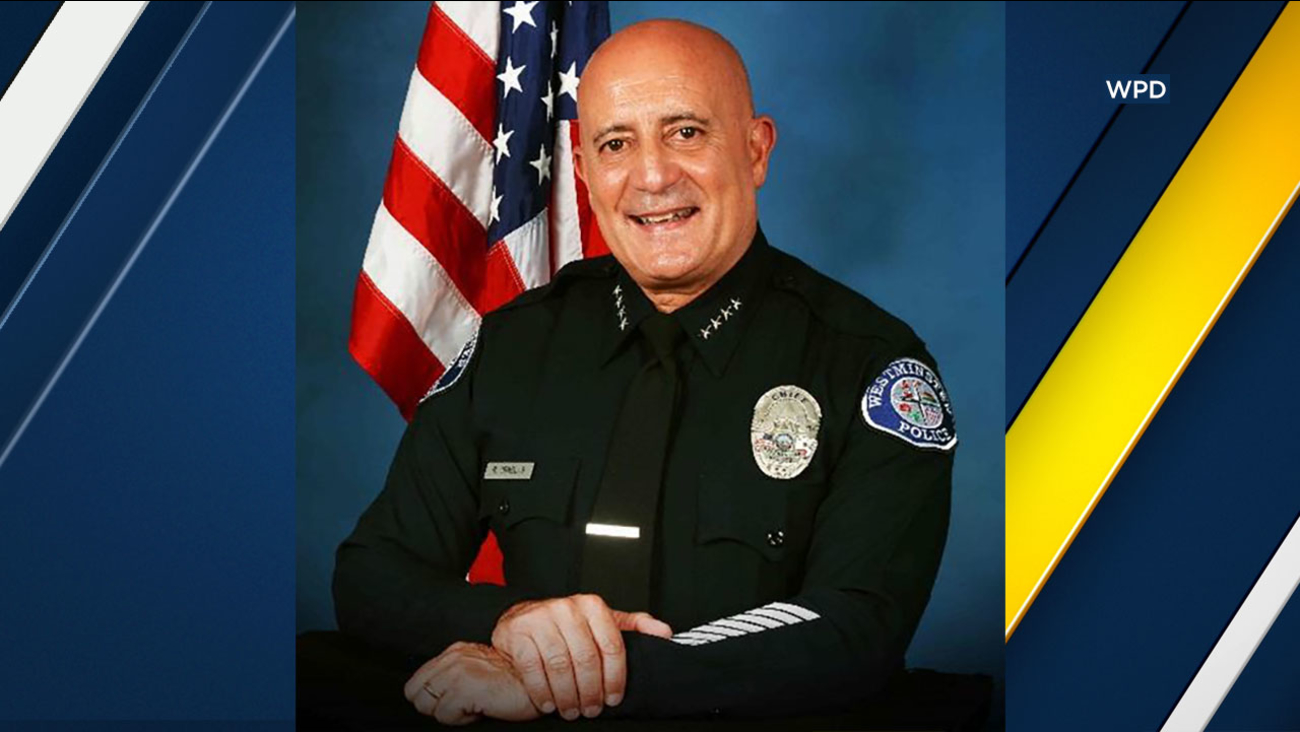 WESTMINSTER, Calif. (KABC) -- The police chief of Westminster, Ralph Ornelas, has been placed on administrative leave amid an investigation into "possible policy violations," city officials said.

Ornelas was placed on leave Sunday. The city did not disclose the nature of the investigation or possible violations, citing state law restricting information on personnel matters.

Ornelas has been police chief in the Orange County city since March 13, 2017. He had previously spent most of his career with the Los Angeles County Sheriff's Department, retiring as a commander in 2016.

Deputy Chief Mark Lauderback will serve as acting chief during the investigation.