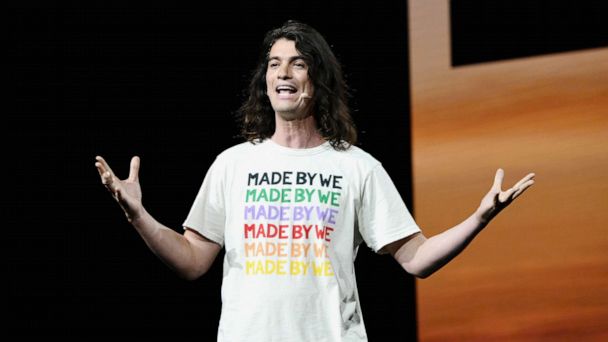 WeWork's co-founder Adam Neumann is stepping down from his role as CEO of the co-working startup, the company announced Tuesday.

The announcement comes in the wake of the company announcing it will delay its highly anticipated initial public offering.

WeWork's former CFO and co-president, Artie Minson, and its former vice chairman, Sebastian Gunningham, were announced as the new co-CEOs of the company. Neumann, who co-founded the company in 2010, will stay on in a non-executive role as chairman of the board.

"As co-founder of WeWork, I am so proud of this team and the incredible company that we have built over the last decade," Nuemann said in a statement.

"While our business has never been stronger, in recent weeks, the scrutiny directed toward me has become a significant distraction, and I have decided that it is in the best interest of the company to step down as chief executive," he added.

In a joint statement, Minson and Gunningham thanked Neumann for his "vision and passion in building WeWork over the past 9 years and added that they are currently "evaluating the optimal timing for an IPO."

WeWork provides freelancers, startups and others with rentable office space they can access through an app and site. It boasts 834 locations, currently open or upcoming, spread out across 125 cities, according to its website.