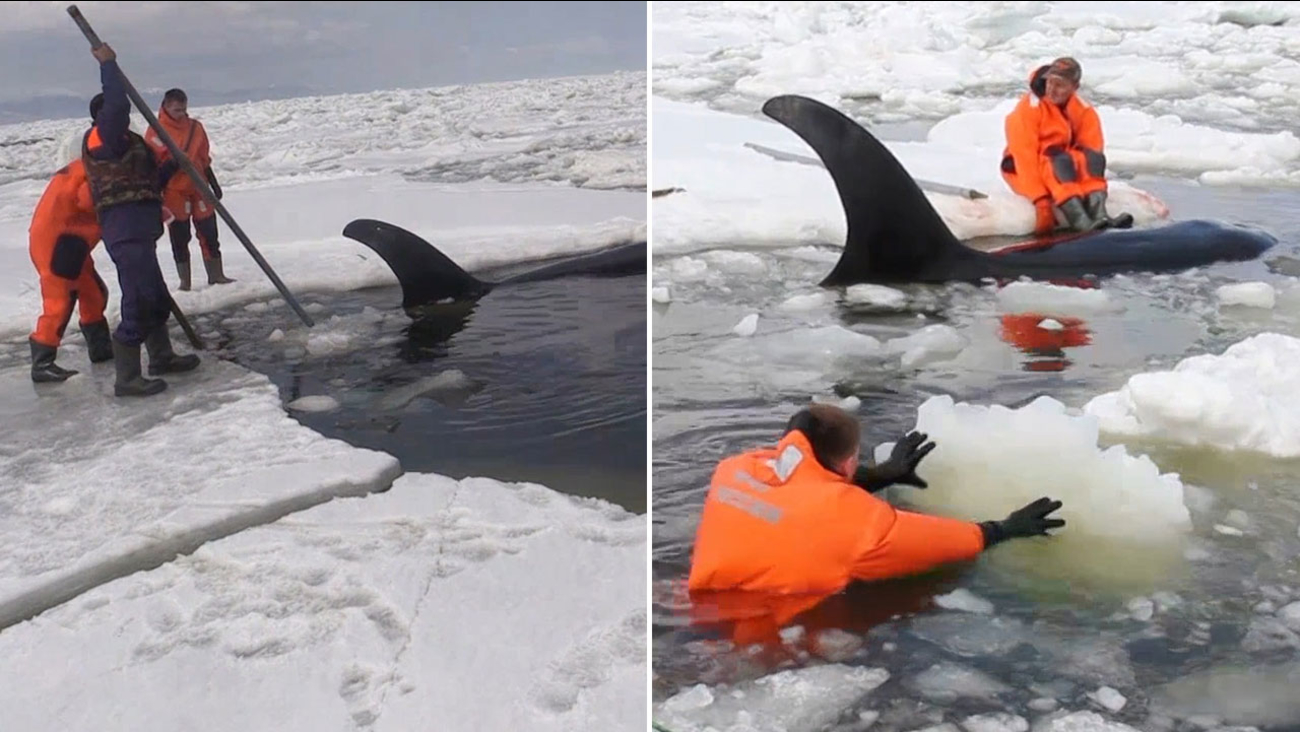 Workers were called to help after a group of orcas got stuck in icy, shallow water off the eastern coast of Russia. (Russian Emergencies Ministry/YouTube)

When four whales became trapped off the coast of eastern Russia, rescuers ventured into the icy water to set them free.

The orcas (also known as killer whales) were discovered in shallow waters near Sakhalin, an island off the eastern coast of Russia, on April 19. The animals could not leave the shallow waters on their own because of ice floes in the way. Russian emergencies ministry was called in to help the animals.

The rescuers had to borrow a rowboat to reach them because the waters were too shallow for their vessels, the ministry wrote in a press release. After they reached the animals, three of the rescuers entered the water to help with the rescue. One of the orcas was in danger of drowning because it was stuck with its breathing hole underwater, so the team carefully moved him to where he could be turned over so he could breathe again.

"Thanks to the actions of rescuers, the killer whale 'came alive' and started to move," the ministry wrote of that whale.