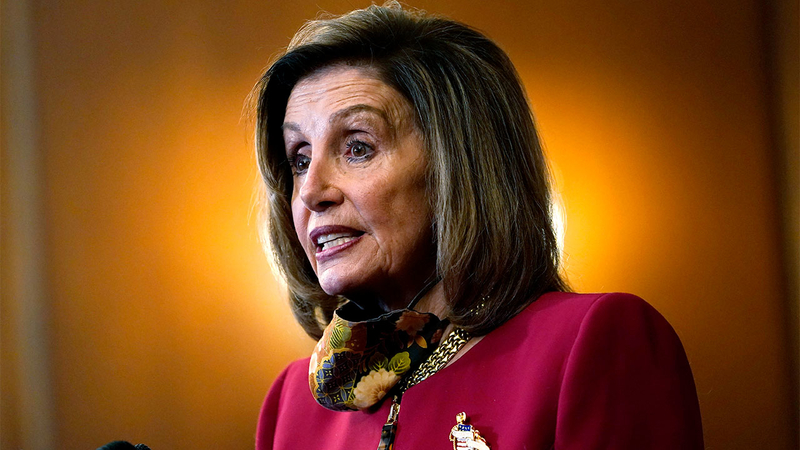 WASHINGTON -- Democrats controlling the House unveiled a government-wide temporary funding bill on Monday that would keep federal agencies fully up and running into December. The measure would prevent a partial shutdown of the government after the current budget year expires at the end of the month.

The stopgap funding bill comes as negotiations on a huge COVID-19 relief bill have collapsed and as the Capitol has been thrust into an unprecedented political drama with Supreme Court Justice Ruth Bader Ginsburg's death, which has launched an intense election-season Senate confirmation fight.

The temporary funding measure is sure to provoke Republicans and President Donald Trump, who were denied a provision that would give the administration continued authority to dole out Agriculture Department farm bailout funds. House Speaker Nancy Pelosi had informally indicated she would add to the measure language that would permit Trump to continue to release aid to farmers that would otherwise be delayed, but she pulled back after protests from other Democrats.

The legislation, called a continuing resolution, or CR, in Washington-speak, would keep every federal agency running at current funding levels through Dec. 11, which will keep the government afloat past the election and possibly reshuffle Washington's balance of power.

The measure also extends many programs whose funding or authorizations lapse on Sept. 30, including the federal flood insurance program, highway and transit programs, and a long set of extensions of various health programs such as a provision to prevent Medicaid cuts to hospitals that serve many poor people.

It also finances the possible transition to a new administration if Joe Biden wins the White House and would stave off an unwelcome COVID-caused increase in Medicare Part B premiums for outpatient doctor visits.

"We do prefer additional farm aid in the CR," said Trump economic adviser Larry Kudlow. "Most of all we want a clean CR to keep the government open."

Congressional aides close to the talks had depicted the farm provision as a bargaining chip to seek comparable wins for Democrats, but Pelosi requests for provisions related to the Census and funding for states to help them carry out elections this fall were denied by GOP negotiators.

Trump announced $13 billion in coronavirus relief for U.S. farmers and ranchers Thursday night during a rally in the swing state of Wisconsin, angering some Democrats.

The release of the legislation paves the way for a House vote this week and Pelosi appears to be calculating that Republicans controlling the Senate would have little choice but to accept it. Legislation requires Democratic votes to pass the Senate, but Majority Leader Mitch McConnell, R-Ky., retains the right to structure Senate votes that could make Democrats, especially those from farm country, uncomfortable.

In the past, both Democrats and Republicans have sought to use government funding deadlines and must-past temporary funding bills as leverage to try to win concessions elsewhere on Washington's agenda. Such efforts invariably fail.

Republicans in 2013 used it in a failed attempt to prevent implementation of the so-called Obamacare health law and Democrats returned the favor in 2018 in a futile effort to force debate on permitting immigrants brought into the country illegally as children to remain in the U.S.

"None of us has any interest in shutting down government. That has such a harmful and painful impact on so many people in our country, so I would hope that we can just proceed," Pelosi said Sunday on ABC News. "We're not going to be shutting down government."
Report a correction or typo
Related topics:
politicswashington d.c.governmentgovernment shutdownu.s. & worldcongress
Copyright © 2022 by The Associated Press. All Rights Reserved.
GOVERNMENT SHUTDOWN
How a government shutdown would impact everyday Americans
Park ranger furloughed during shutdown wins $29.5M lottery jackpot
Congressional leaders reach deal to avoid shutdown
'Choosing greatness': Trump's State of the Union aims for a unifying tone
TOP STORIES
LAFD to nominate 1st ever female fire chief
3 local teens identified as victims in fatal Pasadena crash
Airlines ask Biden administration for 'immediate intervention' on 5G
Missing diver's body found off Huntington Beach coast
Stolen WeHo Frenchie recovered in Philadelphia, reunited with owner
Nurse in deadly downtown LA attack remembered by friends, neighbors
Arrests in fatal stabbing of man who tried to break up fight in LA
Show More
Rams beat Cardinals 34-11 to advance in the NFL playoffs
Omicron surge hasn't peaked nationwide: US surgeon general
LA Zoo honors Betty White on her 100th birthday
Watch the new trailer for Marvel's 'Moon Knight'
Dozens of LAX flights delayed, canceled due to East Coast storm
More TOP STORIES News