More than two-thirds of Long Beach residents have self-responded to the 2020 Census, but city officials say there is still work to be done before the Sept. 30 deadline.
KABC 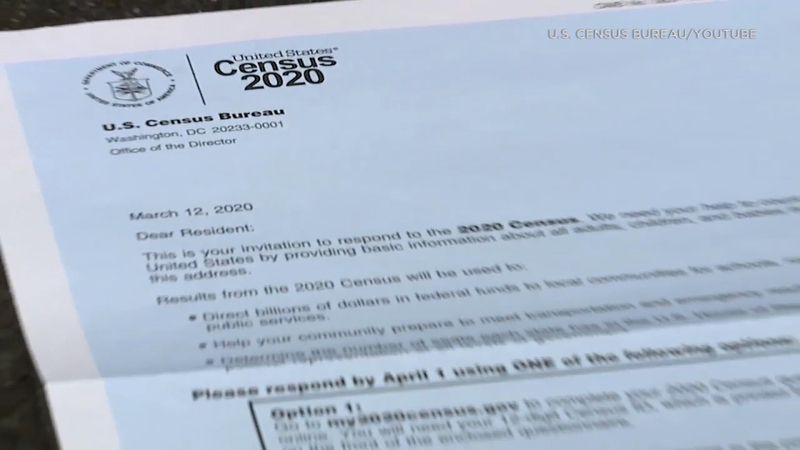 LONG BEACH, Calif. (KABC) -- As the Sept. 30 deadline for the 2020 Census approaches, city officials in Long Beach are reminding residents of the decennial count.

"The consequences of not getting a complete count essentially means less funding, less health support, less representation at the federal congressional level," said Long Beach Mayor Robert Garcia. "The census is critically important; not just Long Beach, but everyone in the country."

So far, more than two-thirds of Long Beach residents have self-responded to the census. The national average of the self-response rate is around 65%, according to the U.S. Census Bureau.

"The state of California did a study and they concluded that for every person that goes uncounted, the city loses about $2,000 worth of federal funding every year for 10 years," said Long Beach Census Project Manager Julian Cernuda.

"What contributes to that definition is basically a series of socioeconomic and demographic profiles," Cernuda said.

Those profiles include factors like race, English as a second language, college students, young children between the ages of 0 to 4-years old, and those experiencing homelessness, according to Cernuda.

For the first time ever, census data could change city council district lines in Long Beach due to Measure DDD that passed in 2018.

"That created an Independent Redistricting Commission, where our residents can actually draw the council district lines on their own for the first time ever," Cernuda said. "That's something that was traditionally reserved for the council members and the mayor."

Redistricting efforts by the commission relies on data from the 2020 Census. The city said a new district map will be approved in 2021.