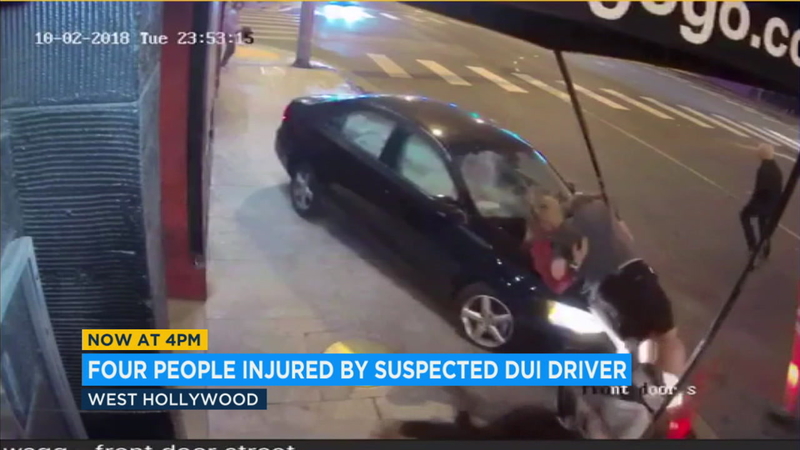 WEST HOLLYWOOD, Calif. (KABC) -- A suspected DUI driver was arrested after his car plowed into a group of pedestrians on a sidewalk in West Hollywood late Tuesday night, leaving four of them injured.

The harrowing collision happened shortly before midnight in front of the Whisky a Go Go, located at the intersection of Sunset and San Vicente boulevards.

According to witnesses and surveillance video, a group of people were standing outside the legendary concert venue at 11:53 p.m. when a car tried to make a left from San Vicente onto Sunset. The driver took the turn wide, lost control and skipped onto the sidewalk.

Two men were struck directly and fell into the hood and two others were injured as they jumped out of the way.

The victims, two of whom were hospitalized, each suffered minor injuries, said Lt. Hector Mancinas of the Los Angeles County Sheriff's Department.

The identity of the motorist was not immediately released.

Deputies were seen taking the driver into custody shortly after the collision.