Triple shooting outside bar near Whittier leaves 1 dead, 2 others hospitalized 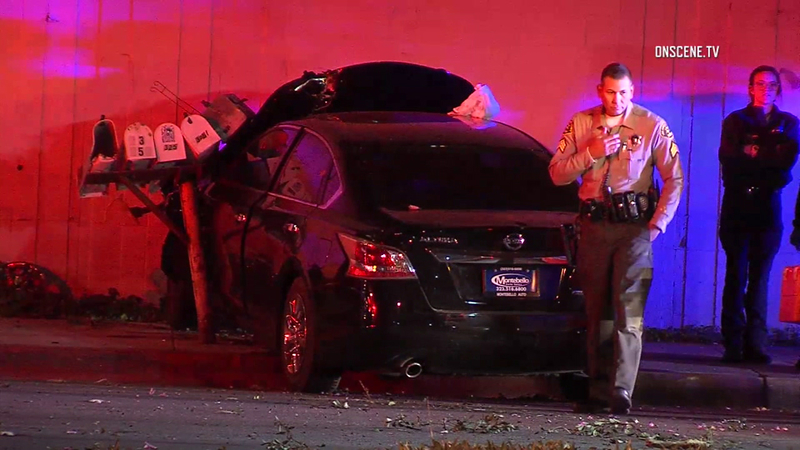 WHITTIER, Calif. (KABC) -- An argument at a bar near Whittier led to a shootout early Saturday morning that left a 30-year-old man dead and two other people hospitalized, authorities said.

According to investigators, a 41-year-old security guard was working at a bar in the 13200 block of Imperial Highway when he got into a dispute with several patrons.

"The argument continued into the parking lot, where it appears several people started shooting at each other with handguns," a sheriff's statement said.

A man identified as Adrian Anthony Quesada was shot and drove away from the scene; he crashed into the center median on Imperial about a mile away. The Ontario resident died at the scene. A firearm was recovered from his vehicle.

A wounded 25-year-old woman and the security guard were transported to a hospital, authorities said. Both are expected to survive.

Detectives are trying to determine what prompted the dispute and identify the shooters.