Who is special counsel and former FBI Director Robert Mueller? 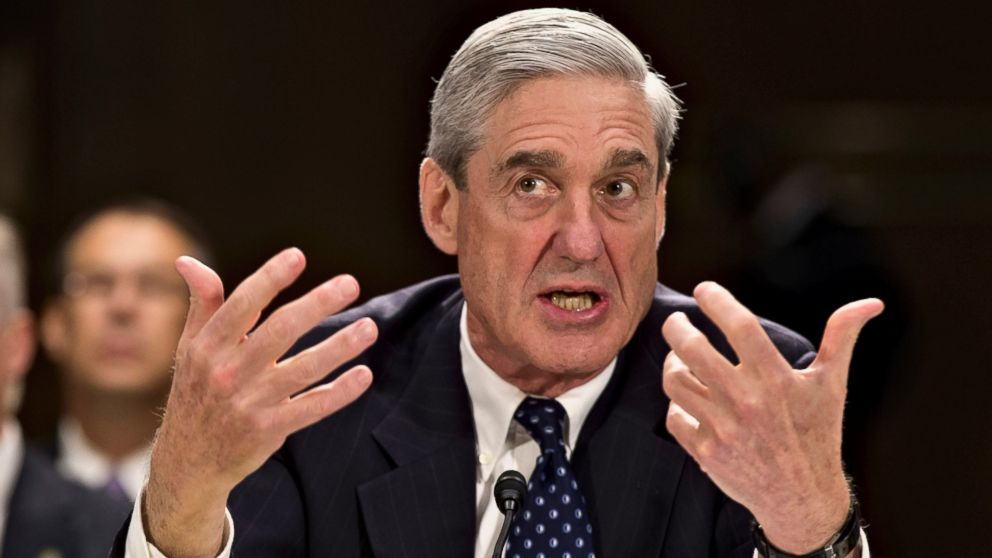 Former special counsel Robert Mueller has long been a source of curiosity for the general public as he and his team quietly investigated Russian interference in the 2016 presidential election.

Now, more than two years after his investigation began, the American public is hearing directly from him in a day of hearings on Capitol Hill.

The congressional hearings started with Mueller's opening remarks, where he referenced the findings made by his team and their resulting 448-page report. Mueller's report was delivered to Attorney General WIlliam Barr on March 22. Some details about the report's contents were provided by Barr in a summary that was sent to Congress, but many questions were left unanswered.

Here's what you need to know about the man whose name has become synonymous with the probe.

A lifetime of public service

Mueller entered the national public spotlight as FBI director, a role he undertook on Sept. 4, 2001 - seven days before the Sept. 11 attacks.

Mueller, a registered Republican for most of his career, was nominated for the role under the Bush administration. He accepted the unusual request to extend his 10-year term during the Obama administration.

In both nomination hearings, he was confirmed with overwhelming Senate support. He served the second-longest term behind J. Edgar Hoover.

Years before joining the FBI as its director, Mueller served in the Marine Corps and led a rifle platoon in the Vietnam War. He received the Bronze Star, two Navy Commendation medals and a Purple Heart, according to his FBI biography.

Mueller holds a lengthy resume, complete with competitive academic accolades. Mueller went to Princeton University for his undergraduate degree, New York University for a master's degree in International Relations and returned to school after concluding his military service for a law degree at the University of Virginia.

After graduating in 1973, Mueller headed back into public service.

As a young lawyer, Mueller joined the U.S. Attorney's Office, first in California's Northern District and then in Boston. He served as chief of the criminal division in his San Francisco office and focused on major financial fraud in Boston, according to his FBI profile.

In 1990, Mueller joined the Department of Justice in Washington. He became the assistant to the U.S. Attorney General at the time, Dick Thornburgh, and oversaw major investigations into mob boss John Gotti and the bombing of Pan Am Flight 103, according to a Justice Department bio. Mueller also oversaw a shift in U.S. crime as computers and the internet began to take off, overseeing the creation of the department's first cybercrime unit.

By early 2001, Mueller was tapped to serve as acting Deputy Attorney General, a position former FBI Director James Comey would also one day serve in as well. Soon afterward, Mueller was nominated to become director of the FBI - a position Comey would later hold as well.

The experience that led him to oversee the Russia probe

Mueller led the FBI during a pivotal, post-9/11 period of American history.

His term was bookended by the death of Osama bin Laden, a leading terrorist in the attack who was killed just before Mueller started his final two year extension as director.

When Mueller's term was up, former U.S. Attorney General Eric Holder said he would be asked to extend because, under the threats of terrorism the country faced at that time, there was "no better person for that job than Bob Mueller."

Mueller also oversaw several other significant cases, some of which relate to the work he did as special counsel. In 2010, the FBI arrested 10 Russian spies who "secretly blended into American society in order to clandestinely gather information for Russia," Mueller reported to Congress at a 2011 hearing. The FBI was aware, Mueller said, of attempts by the Russians to utilize technology.

"The FBI has never faced a more complex threat environment than it does today," Mueller said before Congress during nomination hearings to extend his term.

After Mueller's term ended in 2013, he continued to play a role in high-profile investigations. In 2015, he led an inquiry into whether the NFL knew about running back Ray Rice's domestic abuse against his wife, which was caught on video. He also conducted an investigation in 2016 into Booz Allen Hamilton, a large consulting firm that works with federal agencies, after it was revealed that a contractor had stolen a trove of documents from the NSA and CIA.

The following year, he was appointed by U.S. Deputy Attorney General Rod Rosenstein to "oversee the previously-confirmed FBI investigation of Russian government efforts to influence the 2016 presidential election, and related matters."

Mueller was succeeded at the FBI in 2013 by James Comey. Neither could have predicted that four years later, Comey's own dismissal by President Donald Trump would be one of the catalysts for the appointment of a special counsel, bringing Mueller back into the spotlight in an unprecedented way.

At Comey's announcement ceremony in the White House Rose Garden, Mueller had nothing but kind words about his successor.

"I have had the opportunity to work with Jim for a number of years in the Department of Justice, and I have found him to be a man of honesty, dedication and integrity. His experience, his judgment and his strong sense of duty will benefit not only the bureau but the country as a whole," Mueller said at the time.
Report a correction or typo
Related topics:
abc newsnational
Copyright © 2020 ABC News Internet Ventures.
More Videos
From CNN Newsource affiliates
TOP STORIES