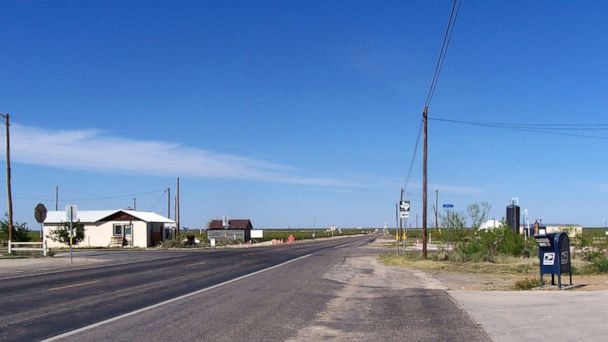 Americans watched as the novel coronavirus swept through the country this year, eyes glued to colorful maps tracking the virus like a storm as it blasted through New York, spread through meatpacking plants in the Midwest and ravaged schools and nursing homes in the South and West.

The virus' presence became ubiquitous in the United States. In mid-May, 231 of the nation's 3,143 counties had reported no cases of COVID-19. By mid-October, only six U.S. counties reported being COVID-free. This week, as the virus rages toward a third peak, with new infections concentrated in the Midwest and upwards of 50,000 cases a day nationwide, that number shrunk to four.


The four counties in the United States that haven't reported a single COVID-19 case have some commonalities. They're sparsely populated and geographically isolated. They're solidly middle-class. In two counties, tourism has ground to a sudden halt because of the pandemic. But testing in areas without strong health infrastructure can complicate the picture, experts warn. You can't report COVID-19 cases if you don't test for them, and rural America has historically lacked access to health resources available in more populated areas.

"Is it that they don't have access?" asked Dr. Jorge Caballero, a clinical instructor at Stanford Medicine, who built a national testing directory that the federal government uses as part of its COVID-19 response effort. "Or are they so remote that they essentially serve as their own version of the NBA bubble?"

Rural and isolated areas are the opposite of a monolith. America's last COVID-free counties span the oil fields of Texas, high desert towns in Nevada, a popular Alaskan port city and a Hawaiian peninsula where historically, patients with leprosy were forced to live in isolation.

Experts warn against extrapolating too much from a tiny sample, in which geography, population density, luck, and even the way in which the United States counts infections, likely play big parts in their lack of coronavirus cases.

In conversations with ABC News, local officials had their own theories. Geography and a sparse population were a starting point. They learned lessons from cities with early outbreaks. Having a small population allowed the community to protect the most vulnerable. But they don't feel invincible, most said. On the contrary, they're testing and preparing. Whether they've been careful, lucky or divinely blessed, the virus is coming, they say.

Loving, Texas: 'Two people with the flu is an epidemic.'

Mozelle Carr, a county clerk who grew up in the tiny West Texas enclave, pointed to Loving's geography as a driving factor behind the county's zero COVID cases.

It's a land of wide-open skies and few people. Until an oil boom that picked up about a decade ago, Carr said, there was nothing, not even telephones lines, to obscure the sunset.

"We're one of the least-populated counties in the United States," Carr said. Among the 100 or so people who live in the community, only a handful are older adults, a demographic that's especially susceptible to severe COVID-19 complications. "We have one couple that's 89 and 93," Carr said. "They wear masks in town when they come to get their mail."

Residents aren't scared, but they're cautious, according to Carr, detailing the social distancing plan she has in place for the impending election. Two people allowed into the polling place at a time and there is a mail-in ballot option. Residents can honk their car horn twice for curbside voting.

"We don't anticipate any lines ever," she said.

Loving's one restaurant is open, but the courthouse has been closed to the public since the pandemic started. Oil field workers, many of whom drive in from surrounding counties and nearby New Mexico, have tested positive in a clinic run by the oil field, but aren't counted in Loving's COVID-19 tally. "They just send them home," Carr said of the oil field workers.

Not counting the oil worker infections is a relic of the Trump administration's decision not to count COVID-19 cases from cruise ships in states' COVID-19 tallies, explained Caballero.


In a small population, a single COVID case can have an outsized effect. As a county judge once quipped to a Texas Monthly reporter, if two people in Loving have the flu, "that's an epidemic."

With such a small denominator, Caballero said, all it takes is one family to test positive for the entire county to look like a hot zone on a national map. Being categorized as a red zone can affect community policies, like whether schools open in person or operate remotely.

Whoever is elected in November should take that into account that the needs of a rural county are not the same as a metropolitan area, Caballero added. "We live in a patchwork country that is heterogeneous and a lot of rural communities have their own dynamics," he said.

Skagway Municipality, Alaska: 'You're trying to curse us.'

"You're trying to curse us," Brad Ryan, the city manager, told ABC News when asked about Skagway's zero COVID-19 cases.

While the 1,000-person community nestled in the Alaskan panhandle has so far avoided the virus, it's not escaped COVID-19's economic consequences. Before the pandemic, the picturesque port town was a cruise ship destination, with 1 million visitors passing through each summer. Pre-pandemic summers felt like a festival during the day that emptied out at night when cruise ships departed, Ryan explained.

"Our economy is completely gone," without the cruises, he said. And while residents enjoyed having the town to themselves for a summer, the economic reality is setting in. "People are scared and worried because they've lost their jobs," Ryan said. "Rightfully so."

Skagway is about as cut off from the outside world as it gets. The Canadian border, just a few miles north of Skagway, is closed to travel because of the virus. Skagway isn't easy to drive to and the police and fire chiefs monitor people coming in on flights and on the ferry, Ryan explained.

Skagway is also doing a significant level amount of COVID testing for a rural area. As of mid-October, Skagway had conducted more than 700 tests at its three public COVID-19 testing sites, a number which doesn't include additional testing conducted by private providers. Alaska does not report COVID-19 infections from geographic units with fewer than 1,000 residents for privacy reasons, instead grouping small neighboring communities together for COVID tracking, the health department told ABC News.

"We test a pretty high proportion of contractors and people who come to town to work for any reason," Ryan said. "I don't know that we did anything extravagant, but certainly we're a little more in control than the state."

Kalawao County, Hawaii: 'I realized just how vulnerable our patients are.'

A century after Kalawao County was founded to keep Hansen's disease, also known as leprosy, from spreading in Hawaii, the secluded community on Hawaii's most inaccessible island is among the only places in the United States that COVID-19 hasn't infiltrated.

In 1865, the Kingdom of Hawaii passed a law forcing patients with Hansen's disease into an isolated settlement on the Hawaiian island of Molokai. Located on a peninsula, the Kalaupapa settlement is surrounded by the Pacific Ocean on three sides, with towering 1,600-foot sea cliffs blocking access to the rest of the island. In 1969, Hawaii abolished the isolation laws that had imprisoned Kalaupapa patients and promised them lifelong health care, social services and the option to stay on at the settlement if they chose to. Of the 8,000 patients who came to Kalaupapa during its 100 years of operation, only 12 remain, according to Dr. Glenn Wasserman, chief of communicable disease at the state health department.

"The average age is 86 and they have numerous medical conditions," Wasserman said of the remaining patients. Because their age and underlying conditions make patients especially vulnerable to COVID-19 complications, the settlement has strict policies in place to protect them. Patients and staff aren't allowed visitors and if they leave the settlement and return, they're required to quarantine. Staff temperatures are monitored and social distancing and mask wearing are enforced.


Wasserman said he watched closely as COVID-19 spread through a nursing home in Washington State in February. "It definitely caught my attention. We closed down within a week," he said. "I realized just how vulnerable our patients are."

Still, he wished it was possible to do more COVID testing. So far, only three tests have been conducted, which Wasserman ordered after learning individuals had interacted with the outside community. All three tests were negative.

He's trying to get a rapid test at the settlement to allow for quicker checks if an exposure happens and to reduce instances in which staff have to quarantine. In the meantime, he's not letting his guard down or celebrating prematurely. "There are no COVID cases now, but that doesn't mean there won't be cases a week from now or in the future, despite all of our vigilance," he said.

"We have to be prepared for getting cases of COVID-19 and in the meantime do our best to prevent any infections," he added. "It only takes one person coming in who is infected."

Esmeralda County, Nevada: 'It's kind of easy to social distance.'

Sheriff Ken Elgan isn't shy about why he thinks Esmeralda County is one of the last places in the country without COVID-19.

"Everybody is complying to maintain a COVID-19-free county," he said, referring to wearing masks, social distancing and limiting gatherings. "The citizens of Esmeralda County have done an awesome job of keeping COVID out of here. What else could you attribute it to?"

The county, he explained, is split between three communities, with gold and lithium mining to the east and farming to the west, spread out across the mountainous high desert.

Health care access in such a remote area is typically a harder prerogative. There's no hospital or health clinic in the county. Instead, at Elgan's request the state sent in the National Guard to test county residents in early August. Twelve people showed up for tests, he said, and everyone was negative.

Unlike Skagway or Kalawao counties, the pandemic hasn't cut off Esmeralda from tourism. "U.S. 95 is a major artery that runs through our county seat," Elgan said. "We do have people who stop for the historical aspects of it."

Elgan credits the community he's spent two decades serving, but he's not ruling out luck's role altogether. "Take all the precaution and hope for the best," he said. "We have to go on living."