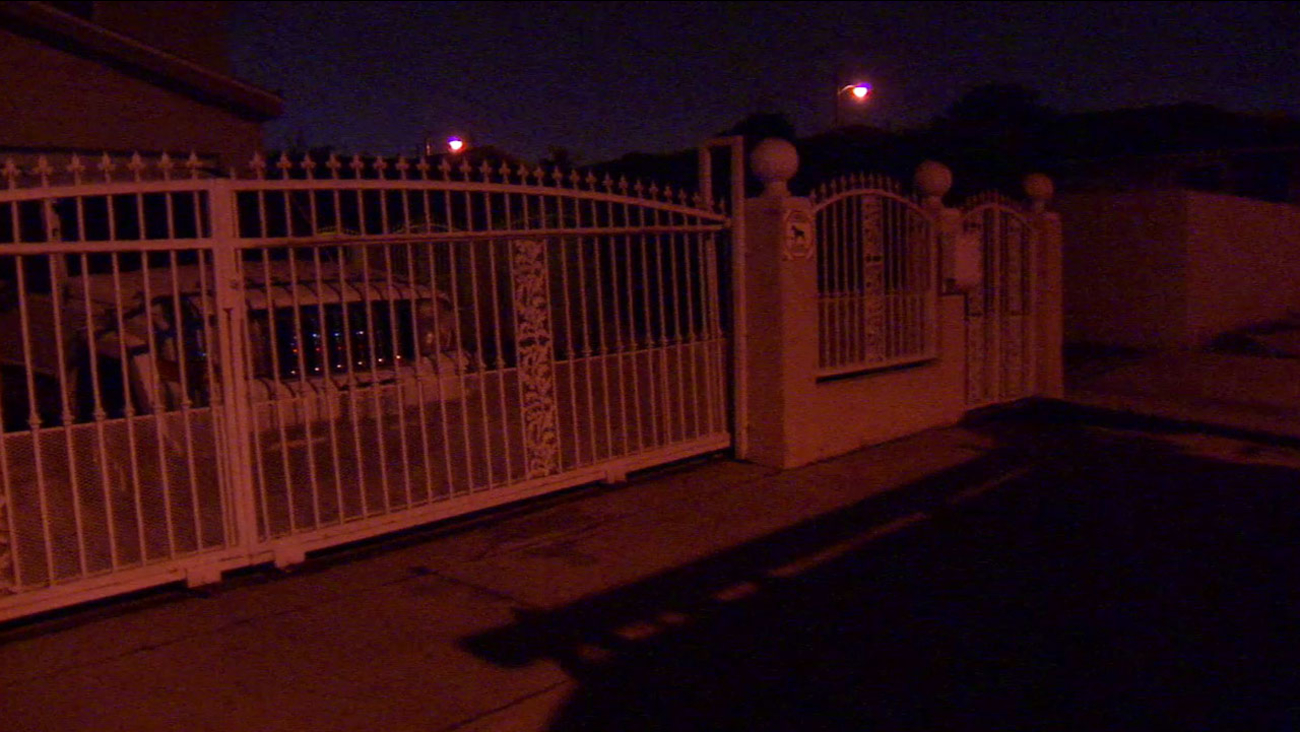 A man was shot and killed in the 200 block of East 121st Street in the unincorporated Willowbrook area following a traffic collision Saturday, Jan. 10, 2015.

WILLOWBROOK, LOS ANGELES COUNTY (KABC) -- A 51-year-old man was shot and killed following a traffic collision in the unincorporated Willowbrook area Saturday. The suspect followed the man home and shot him after he refused to pay him $500 for the damage to his vehicle.

The incident began after the two men crashed at the corner of Main Street and El Segundo Boulevard. After the collision, the victim contacted the suspect to exchange information, but the suspect refused and demanded the victim pay him $500.

The victim refused and drove away toward his home after he spotted the butt of a firearm, according to the Los Angeles County Sheriff's Department.

The suspect followed the victim home and confronted him at gunpoint. The victim refused to pay and the suspect drove away, deputies said.

At about 6:30 p.m., the suspect returned to the victim's home in the 200 block of East 121st Street and shot him multiple times in the torso. The victim, later identified as Darrell Daniels, was pronounced dead at the scene.

The suspect fled the scene. Anyone with any information was urged to contact the Los Angeles County Sheriff's Department's Homicide Bureau at (323) 890-5500.