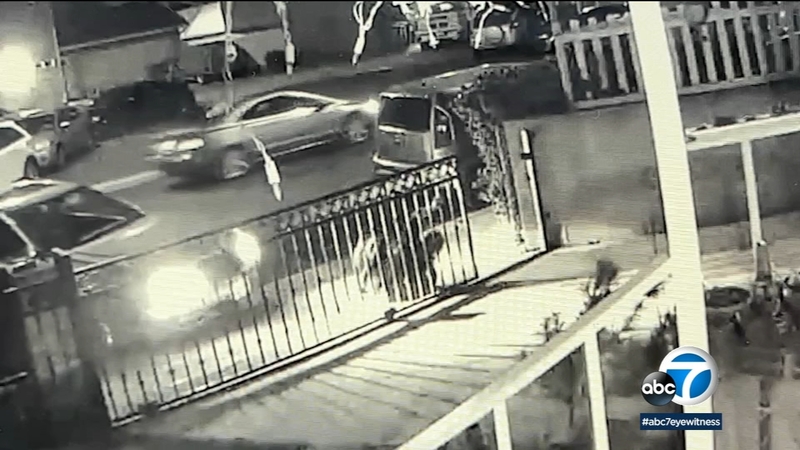 Mary Vigil said her brother and nephew were returning from a funeral visitation, and believes they were being followed.

Both men were shot as her nephew was opening the gate.

"I just heard pop pop pop," Virgil said. "I thought at first they were fireworks, and then I heard screaming, so I opened the door, and it was my nephew here on the grass area, and they got shot."

The suspects fled the scene. The shooting happened at about 9:30 p.m. in the 1100 block of Flint Avenue, according to the Los Angeles Police Department.

Vigil said her nephew is in the ICU. She said the men are not involved with a gang.

A motive for the shooting was not immediately known. A description of the shooter was not available.

Other shootings have occurred in front of Virgil's house, and she said she doesn't feel safe in her neighborhood.