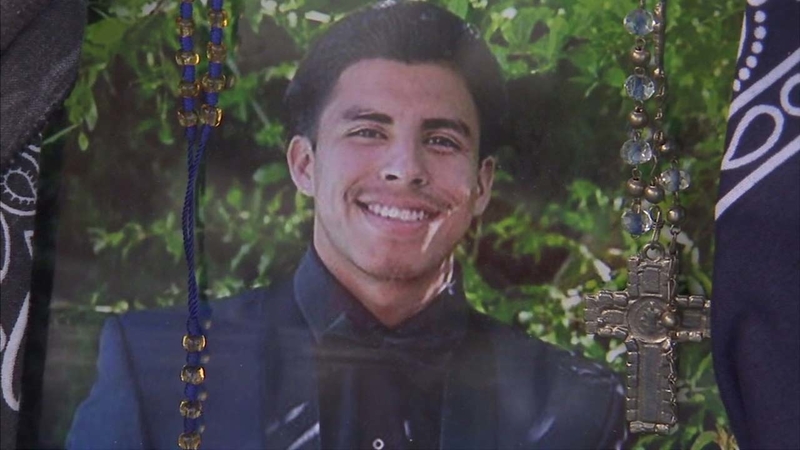 WILMINGTON, LOS ANGELES (KABC) -- A 14-year-old boy has been arrested in the shooting death of a Cal State Fullerton student in Wilmington.

According to Los Angeles police, Zepeda had just walked outside of the party to join a few friends across the street when he was struck by gunfire.

Zepeda collapsed on the sidewalk and died.

Police said although this was not a "gang party," there were a few gang members present from rival Eastside and Westside Wilmas gangs.

According to investigators, the shooting stemmed from decades of rivalry between the two gangs and the boundaries dividing their territories.

Zepeda, who was not a gang member, was working as an intern at the office of L.A. City Councilman Joe Buscaino.

He was described by those who knew him as a good kid who loved soccer and had a bright future.

"The fact that the suspect is only 14 years old is a sad fact. My son is a 14-year-old. I can't imagine my son, who is 14 years old, pick up a handgun, walk up to an individual and start firing rounds," Buscaino said.

The juvenile suspect was arrested on Nov. 2. He was charged with murder and was being held at Los Padrinos Juvenile Detention facility in Downey. His identity was withheld due to his age.

Detectives said Tuesday they credit the member of the community in helping find the young suspect.

"The community really came together and helped a lot in solving this case," said Detective David Cortez of the LAPD. "To get some of these violent kids off the street, we need the help of the community."