Pedestrian, 64, killed after struck by truck in Wilmington 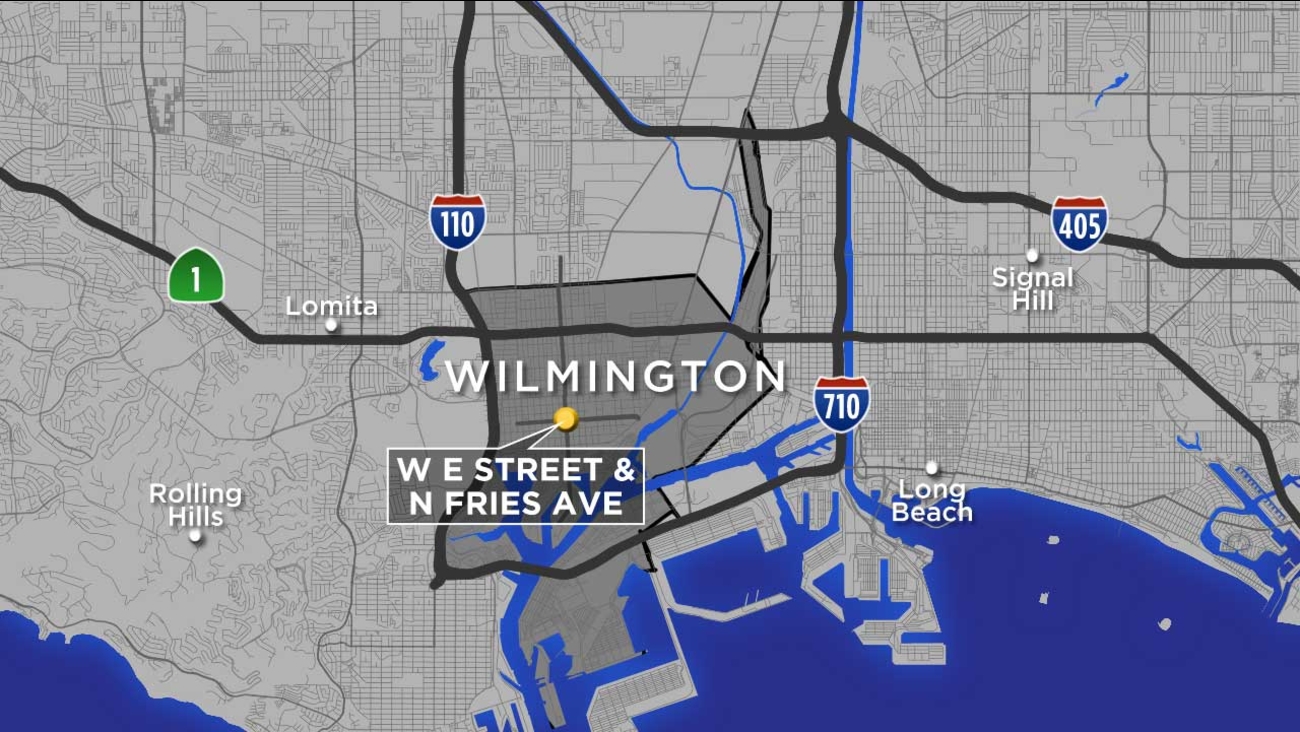 A map shows the location of a fatal crash that left a 64-year-old pedestrian dead in Wilmington on Thursday, June 8, 2017.

WILMINGTON, LOS ANGELES (KABC) -- A teenager has been taken into custody, accused of driving his truck into a 64-year-old man and killing him in Wilmington.

According to Los Angeles police, the teen lost control of his vehicle and struck the victim, identified as Javier Heredia, who was walking on a sidewalk near West E Street and Fries Avenue around 3 p.m. Thursday.

The truck slammed Heredia into a cement wall. He was transported to UCLA Medical Center, where he died two hours later, police said.

Investigators said the driver and three other teens fled the scene. Officers tracked down the driver and detained him shortly after the hit-and-run crash.

The teen's identity was not released. Police described him as a 16-year-old male from Wilmington. He was set to be booked for manslaughter and negligence.

A 14-year-old passenger was also found but not detained, police said. Authorities are still looking for two other male passengers who fled the scene.