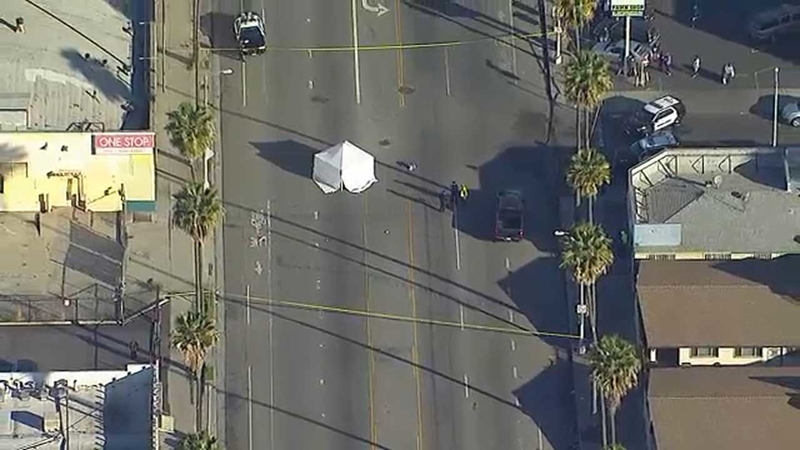 Pedestrian fatally struck by vehicle on street in Wilmington

WILMINGTON, LOS ANGELES (KABC) -- A pedestrian was struck by a vehicle and killed Thursday morning on a street in Wilmington, a Los Angeles police official said.

The collision was reported about 6:15 a.m. near the intersection of Avalon Boulevard and Pacific Coast Highway, the LAPD said. The unidentified victim was pronounced dead at the scene.