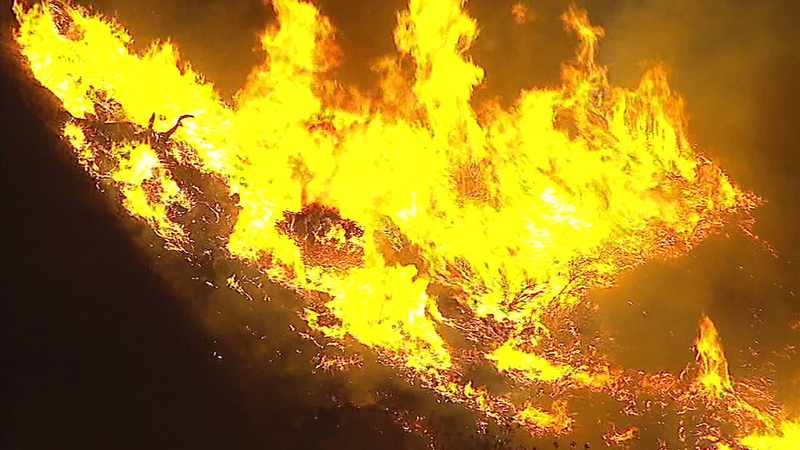 The fire started shortly before 8 p.m. in the 5500 block of University Parkway. Authorities said the 3-acre blaze appeared to be moving uphill and was fueled by dry brush and strong winds. In less than an hour it grew to about 30 acres, authorities said.

It was burning in Badger Canyon, right behind an observatory. The campus community was not under threat, fire officials said, but set up structure protection out of an abundance of caution.

Voluntary evacuations were also issued for residents living near 59th Street and Carleton Street. But no structures were threatened and two crews as well as water tenders were in the area.

"The key to getting this fire under control quickly was a massive resource response from both county fire as well as the U.S. Forest Service. First-alarm resources reinforced by second-alarm resources, getting our hand crews, our engine companies and dozers - all the work before the wind could really exert its influence and create havoc on the community," said Eric Sherwin, with San Bernardino County Fire Department.

By 9:45 p.m., authorities said the forward progress of the blaze was stopped and they began mopping up the blaze.