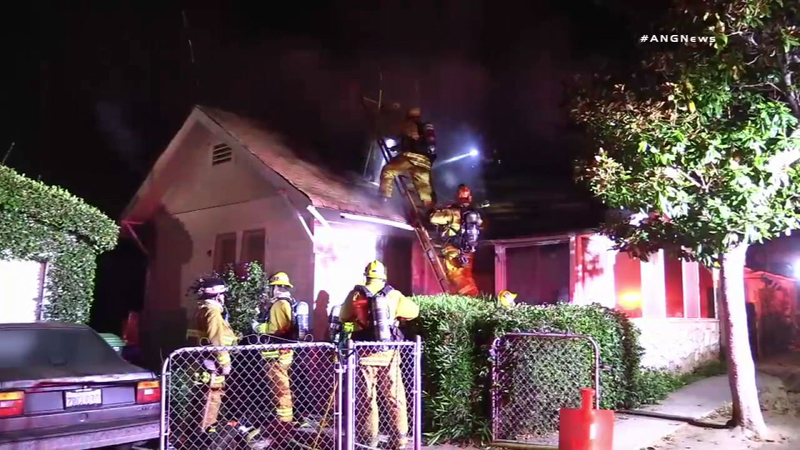 Woman, 73, dies after being pulled from Venice house fire

VENICE, LOS ANGELES (KABC) -- A woman in her 70s died after being pulled from a burning house in Venice early Tuesday morning, fire officials said.

At about 4:40 a.m., Los Angeles firefighters responded to a home on South 4th Avenue and saw smoke coming out of the back.

Emergency and fire crews were able to get the 73-year-old woman out of the home and transport her to a nearby hospital in critical condition. She later died from her injuries, officials said.

The fire at the one-story home was declared a knockdown within 35 minutes. Fire officials described the home as being in "excessive storage conditions."