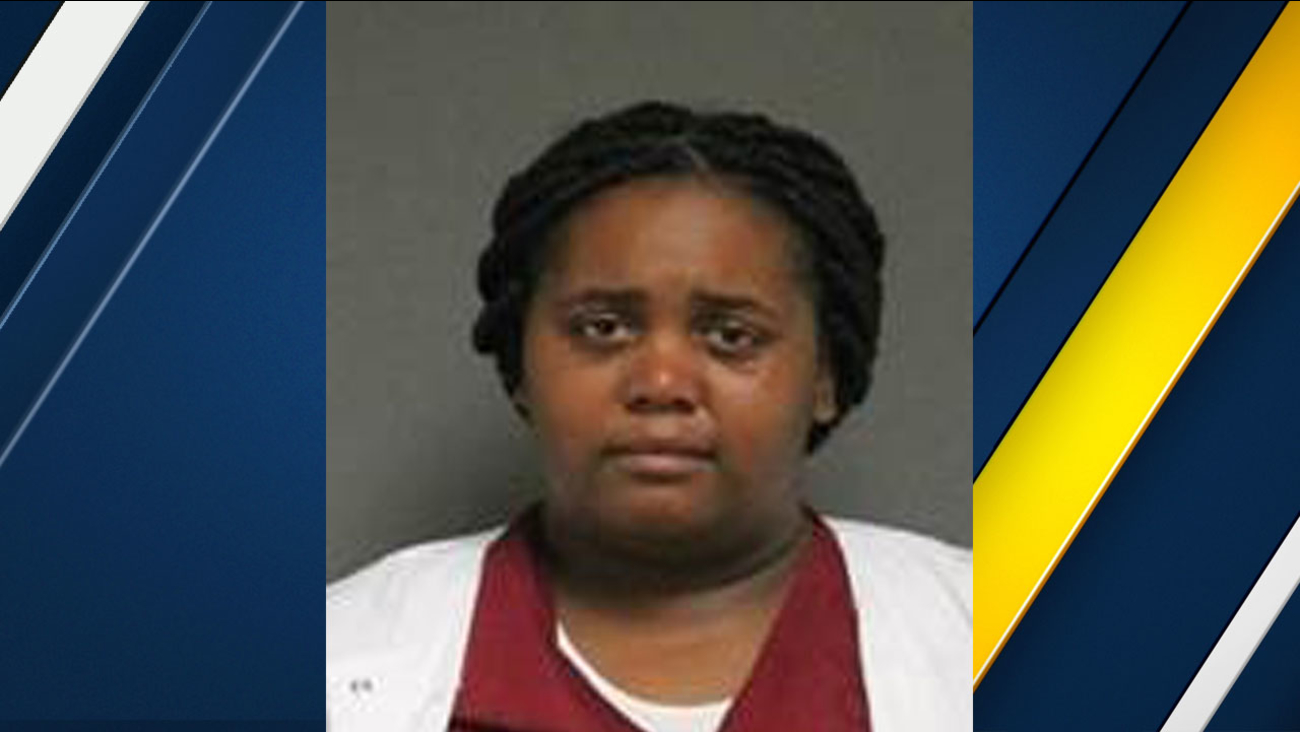 Aujana Johnson-Payne is shown in a mugshot provided by Tustin police. (KABC)

Aujana Johnson-Payne was arrested Tuesday at a nursing school in Artesia on suspicion of elder abuse, burglary and identity theft.

While working there, authorities said Johnson-Payne stole at least two elderly people's credit or debit card information. She used that information to make several fraudulent purchases online, as well as use the mobile apps Door Dash and Uber Eats to get food and alcohol delivered to her home.

She also used the information to stay at hotels in the Long Beach area. Authorities said she took out cash loans and paid back the purchases to the victims' cards.

Police believe she may have targeted other people in Orange and Los Angeles counties.