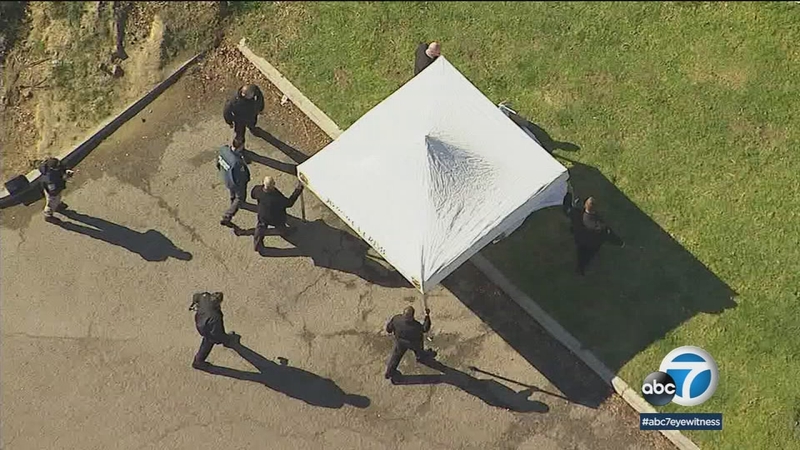 SYLMAR, LOS ANGELES (KABC) -- A woman in her 20s was found dead with her throat slit at Carey Ranch Park in Sylmar on Friday morning.

The Los Angeles Police Department's Mission Division received a call 6:15 a.m. about a body found at the park located in the 15000 block of Crestknoll Drive. Authorities said the security guard found the body while opening the park for the day.

Investigators said the unidentified victim had multiple stab wounds and her throat had been cut. The body was fully clothed.

Investigators canvassed the area as coroner's officials arrived at the scene. No arrests have been made.

Authorities said the woman was likely alive when she entered the park. "In order to get someone up to the top of the hill, we can deduce that most likely she was a willing participant or at least she moved on her own," said Lt. Mike Kozak of the LAPD.

It's not clear if any surveillance cameras in the area captured images of the suspect or suspects. No witnesses have come forward.

Police said there have not been any missing person reports matching the victim's description.