Woman in custody after body found in Harbor Gateway backyard 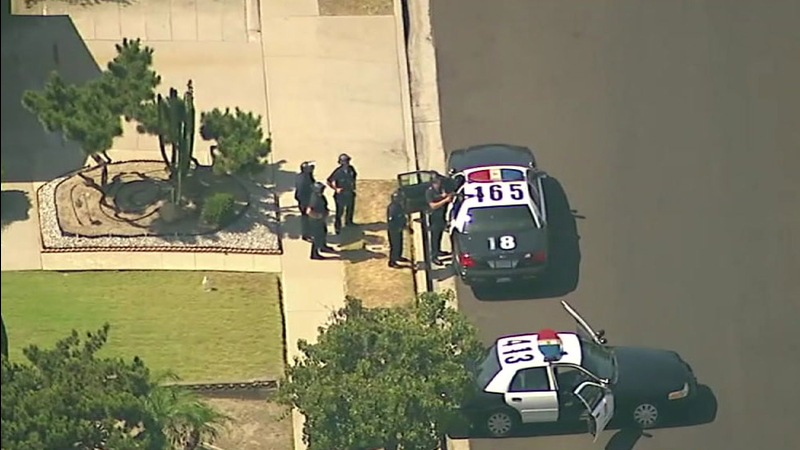 Woman in custody after body found in Harbor Gateway backyard

HARBOR GATEWAY, LOS ANGELES (KABC) -- A woman is in custody following a standoff that stemmed from a body being discovered in the backyard of a home in the Harbor Gateway area of Los Angeles on Wednesday.

Los Angeles police said the man whose body was found was shot, and the woman detained is considered a suspect.

Police received a call about a woman in dark clothing appearing to dispose of a body in the 800 block of 173rd Street shortly before 10 a.m.

Authorities said Gardena police found the body of a man when they arrived to the scene. The man appears to have been dead for a while, and a homicide investigation has been launched.

Images from AIR7 HD showed what appeared to be the body wrapped in a black blanket and on a dolly. The body was placed over a wall, as if someone tried to dump the dead person into a wash behind the home.

Officers in patrol vehicles were seen outside the home with weapons in hand and helmets. SWAT officers were also called to assist in the standoff as the woman refused to get out of the home.

Shortly before 12:30 p.m., authorities confirmed the woman got out and is in LAPD custody.

Investigators sought search warrants to collect evidence from the home.