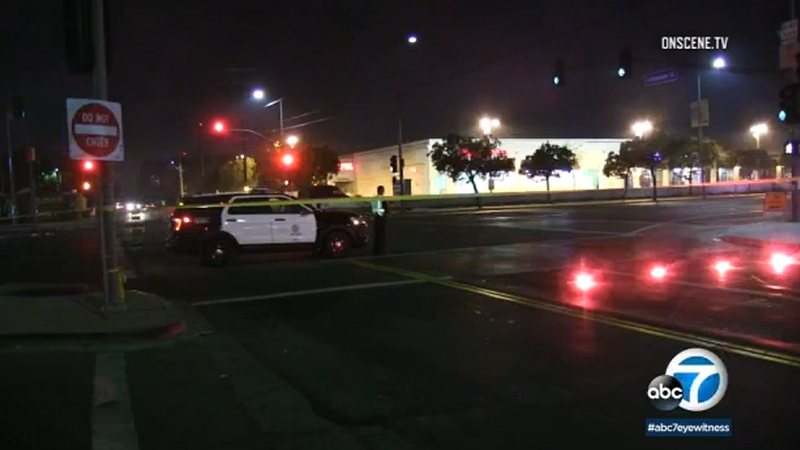 LEIMERT PARK, LOS ANGELES (KABC) -- Los Angeles police on Tuesday are looking for the driver who mowed down a woman on a Leimert Park street and left her for dead Christmas night.

The victim was in the crosswalk at Crenshaw Boulevard and Coliseum Place around 9 p.m. when she was struck, authorities from the LAPD South Traffic Division said.

The woman, identified by police as 49-year-old Gloria Eaton Breaux, died at the scene.

Breaux's 14-year-old son was with her at the time, but was not injured, police said.

The vehicle was described as a black, 1990s-model four-door SUV, possibly a Nissan Murano.

Investigators said the vehicle fled the scene and likely has damage to the front-end windshield or roof. Eyewitnesses told investigators the driver was seen fleeing southbound on Crenshaw Boulevard.