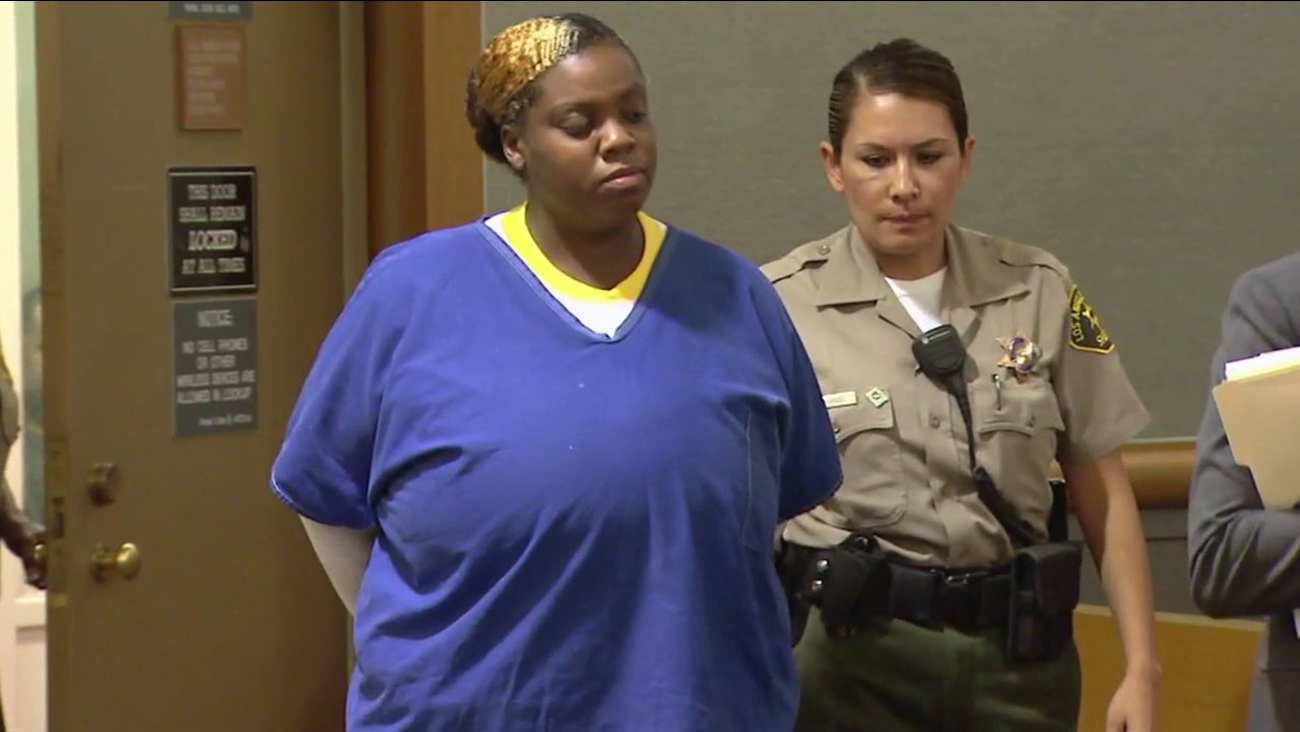 Qaneak Shaney Cobb, seen in this undated file image from court, has pleaded no contest to second-degree murder in the DUI death of Los Angeles police officer Christopher Cortijo.

LOS ANGELES (KABC) -- More than three years after a Los Angeles motorcycle officer was killed when his motorcycle was struck by a woman driving under the influence of cocaine, the driver has pleaded no contest to second-degree murder, officials said.

In April 2014, LAPD motorcycle officer Chris Cortijo was stopped at a traffic light at Saticoy Street and Lankershim Boulevard in Sun Valley when he was hit from behind by an SUV traveling 53 mph, officials said.

The driver, Qaneak Shaney Cobb, was under the influence of cocaine at the time, according to the Los Angeles County District Attorney's Office, which prosecuted the case.

Cortijo was left in critical condition after the crash and died several days later.

LAPD Officer Chris Cortijo died Wednesday, April 9, 2014, from injuries he sustained when a suspected DUI driver crashed into his motorcycle in Sun Valley on Saturday, April 5.

The 51-year-old officer was a 26-year-LAPD veteran who worked in the department's Valley Traffic Division and had arrested more than 3,000 DUI suspects over his career, police said at the time of his death.

Cobb was arrested after the crash. Prosecutors say she was driving under the influence of cocaine. At the time of her arrest she had prior convictions for grand theft and drug possession, officials said at the time.

Cobb, now 37, pleaded no contest to one count of second-degree murder this week and is expected to be sentenced to 15 years to life in state prison on Oct. 30, according to the DA's office.
Report a correction or typo
Related topics:
sun valleylos angelescocainepolice officer killedduilapddui crash
Copyright © 2021 KABC-TV. All Rights Reserved.
RELATED 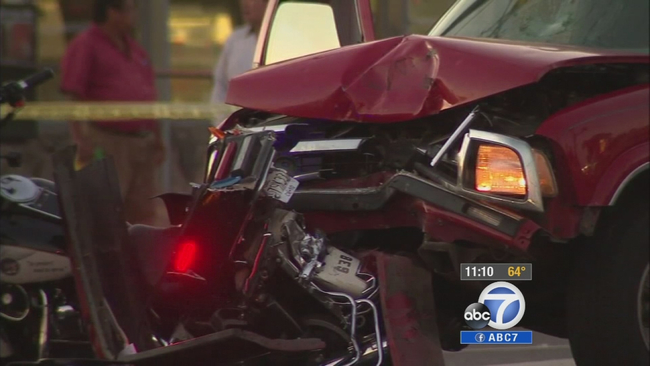