Woman pleads not guilty in hit-and-run death of girl, 14, in San Bernardino 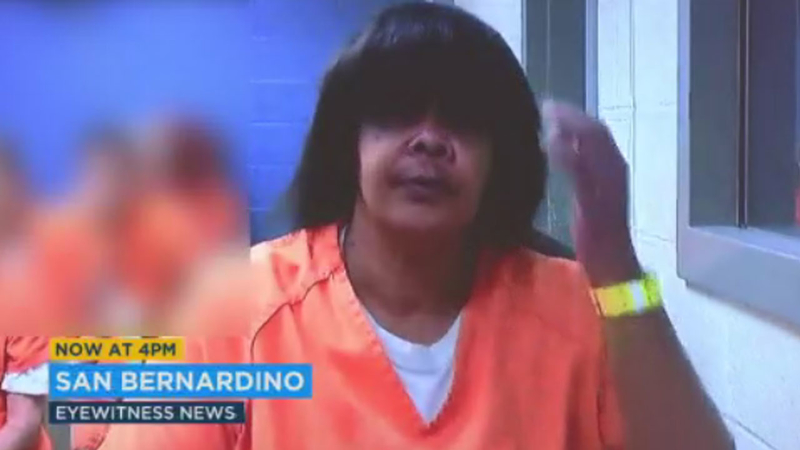 Woman pleads not guilty in hit-and-run death of girl, 14, in San Bernardino

SAN BERNARDINO, Calif. (KABC) -- A 55-year-old San Bernardino woman has entered a not guilty plea in the September hit-and-run death of 14-year-old Jade Maldonado, who was walking to school when she was struck and killed, authorities said.

She appeared briefly in court Wednesday to enter a not-guilty plea to a charge of vehicular manslaughter with gross negligence. Court records indicate she has prior felony convictions.

She is scheduled for another court appearance on Oct. 18.

The collision happened around 7:10 a.m. near Pacific Street and Glasgow Avenue on Sept. 28.

Maldonado was walking to school in a marked crosswalk when the driver of a tan Chevy SUV going about 40-50 mph failed to stop, striking the girl. The vehicle then fled the scene.

Maldonado was initially described as having life-threatening injuries. By the afternoon, officials confirmed she had died.

A 55-year-old San Bernardino woman was arrested in the September hit-and-run death of 14-year-old Jade Maldonado.

One eyewitness who saw the incident said she was outraged that the driver didn't stop. "You should have stopped and made sure you help her," Maria Ibarra said, through tears. "But you didn't. You just left her there."

Ibarra described seeing the moment of impact.
"The truck was coming, and she was crossing the street right here," Ibarra said. "Hit her, run her over, run over her... didn't even stop to see what was going on."

When she ran over to help the gravely injured Maldonado, Ibarra said the girl was still breathing.

"I was holding her hand and letting her know that she was going to be OK," Ibarra said. "Now she's not here no more."

After the fatal incident, the CHP released surveillance video showing the tan SUV traveling just a few miles above the posted speed limit in the moments before Maldonado was hit. Officers said they were unsure if Maldonado's death was due to the driver not paying attention.

Authorities said they were able to get Welch after reviewing the surveillance video and found the vehicle at a location where investigators believe she was trying to repair the SUV. They were then able to get Welch's address by running the license plate.
Report a correction or typo
Related topics:
san bernardinosan bernardino countyhit and runcrimearrest
Copyright © 2021 KABC-TV. All Rights Reserved.
TOP STORIES
Video: Fight breaks out on 60 Freeway in Ontario after crash
Jaxson Hayes arrested after altercation with LAPD in Woodland Hills
2 killed, 1 hurt after car slams into tree off Angeles Crest Highway
Las Vegas to mask up indoors again after Nevada adopts COVID-19 rule
Alert system to aid farmworkers working in dangerous conditions
Biden set to announce vaccine push for all federal employees
COVID-19 outbreaks increasing in LA County as cases keep rising
Show More
USA's Suni Lee wins all-around gold
Some SoCal residents fed up with mounting Flex Alerts
NWS: No tsunami threat to SoCal beaches after Alaska quake
Bacteria prompt health warning for beaches near Dockweiler, El Segundo
Tsunami warning canceled after 8.2 quake off Alaska coast
More TOP STORIES News