Woman sentenced to 18 years for kidnapping infant in 1998 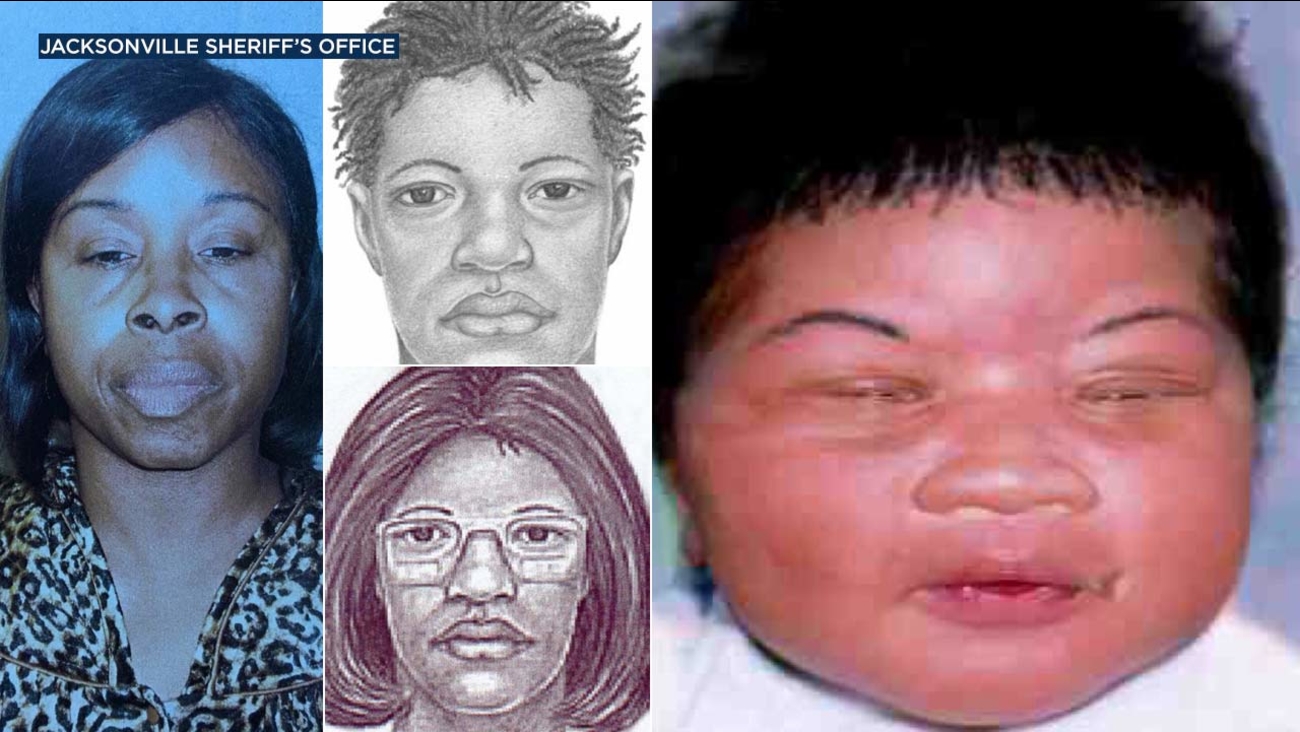 JACKSONVILLE, Fla. -- A woman who kidnapped a newborn from a Florida hospital two decades ago and raised the child as her own was sentenced Friday to 18 years for kidnapping. She will also serve five years concurrently on a charge of custody interference.

Gloria Williams was sentenced for the kidnapping of Kamiyah Mobley from a hospital in Jacksonville in July 1998.

A woman whose newborn was stolen from her arms 20 years ago told a judge no mercy should be shown to the kidnapper.

The 52-year-old Williams testified at her trial that she wore scrubs to look like a nurse and put the infant in a bag and secreted her out of the hospital.

On Friday, Williams stood next to her attorneys wearing an orange jumpsuit as the judge read the sentence. She looked down as if in prayer and did not visibly react to the judge's words.

"There are no winners and no losers in this case," Judge Marianne Aho said just before announcing the sentence. Aho said many people had suffered in the case, including Williams.

"The family in this case suffered not knowing what happened to their child for approximately 18 years."

A newborn girl stolen from a Florida hospital 18 years ago has been found alive in South Carolina. The woman who raised her has been arrested on suspicion of kidnapping, authorities said.

Williams raised Mobley - who grew up as Alexis Manigo - in South Carolina until her arrest in 2017. She didn't tell the girl of her true identity until the girl discovered she couldn't get a driver's license because she didn't have a valid birth certificate or Social Security card.

After finding out her true identity, Mobley told a friend about it. Eventually, the National Center for Missing and Exploited Children received an anonymous tip about Kamiyah's whereabouts, and authorities were alerted and Williams arrested.

MORE: Woman who kidnapped baby and raised girl as her own for 18 years pleads guilty

Kamiyah has also been reconnecting with her birth parents, Shanara Mobley and Craig Aiken, but has professed sadness that the only mother she ever knew faces years in a prison cell. She showed up in tears at Williams' first hearing. She has spent time with her biological parents since then, but still supports the only mother she knew.

According to news reports, Kamiyah did not attend Friday's sentencing hearing.

Williams testified at her trial earlier this year that when she stole the newborn Kamiyah Mobley in 1998, she had lost custody of her two other children and was in an abusive relationship that led her to miscarry about a month before. After the loss of her pregnancy, she drove to Jacksonville from South Carolina.
She had testified that she had no plans to kidnap a child.

"I felt like I was on autopilot. My life was out of control, I lost everything," she had said.
Report a correction or typo
Related topics:
floridasentencingbabykidnappingabductionu.s. & world
Copyright © 2021 by The Associated Press. All Rights Reserved.
TOP STORIES
OC restaurant requires customers to prove they are not vaccinated
Bay Area teen attacked by crocodile while vacationing in Mexico
'This is how I'm going to die': Officers tell Jan. 6 stories | LIVE
Simone Biles explains why she 'took a step back' from team finals
Arrest made in fatal shooting of Rite Aid clerk in Glassell Park
Parents in Tustin protest school mask requirement
CDC expected to backpedal on some masking guidelines
Show More
Some LA officials want vaccine mandate for city workers
CA to require vaccination or testing for state workers
Bee swarm in Diamond Bar kills 2 dogs, injures man
Billy Graham's grandson hospitalized with COVID-19
Former US Sen. Barbara Boxer assaulted, robbed in Oakland
More TOP STORIES News