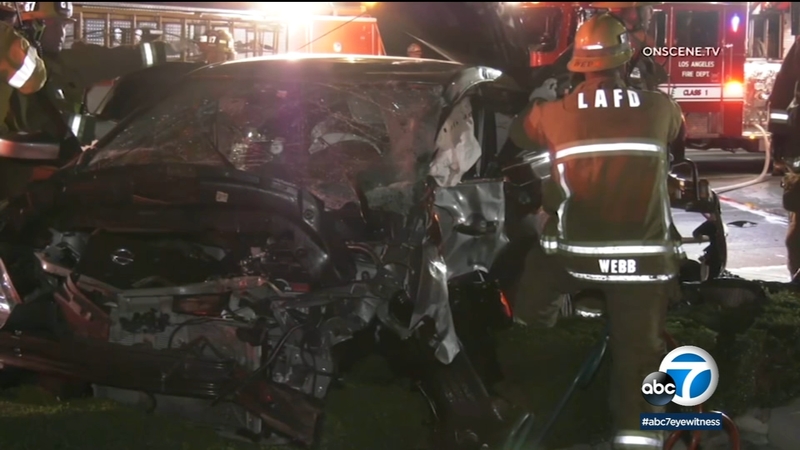 NORTH HILLS, LOS ANGELES (KABC) -- Police are searching for a woman who fled the scene of an accident after being involved in a deadly hit-and-run Sunday morning in North Hills.

A witness said the driver of a white Ford F-150 headed southbound on Balboa Boulevard and ran through a red light at 5:30 a.m.

"If you're in a traffic collision, be responsible, stop, render aid and most importantly notify the police agency so we can investigate thoroughly," said Capt. Elaine Morales, of the Los Angeles Police Department.

The Nissan's driver, a woman in her 50s, died at the scene.

"I heard ambulance and stuff like that. I thought it was just a normal thing," said Solenita Bell, a North Hills resident.

These types of deadly accidents are too frequent for Capt. Elaine Morales.

"We are having too many hit-and-runs here in the city of Los Angeles," Capt. Elaine Morales/LAPD

This was the 3rd one the Morales had been to in the last 2 days in the San Fernando Valley.

On Friday night a bicyclist died after two cars hit him at Rayen Street and Woodley Avenue in North Hills. The second driver left the scene.

Saturday morning, a driver struck and killed a person walking across the street at Truesdale Street and San Fernando Road. That driver also left the scene.

He had heard about each of the deaths and it made him think about how he gets around.